"We know that Refaeli had a publicized relationship with a gentile actor. And in this way, she certainly doesn't represent the Israeli public.” 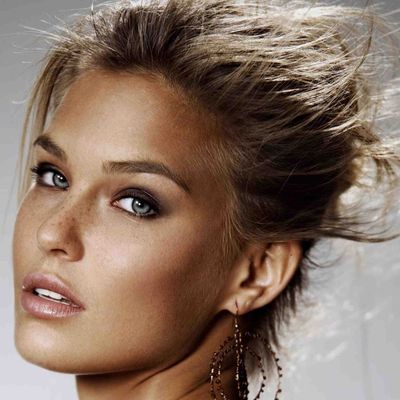 Israel’s various government ministries along with the quasi-governmental Jewish Agency for Israel and World Zionist Organization have long histories of spending a lot of money on really bad public relations and advertising meant to promote tourism to Israel or improve Israel’s image overseas. A Jewish Agency campaign developed by a close relative of a senior Jewish Agency appointee in the late 1980s is a good example. It’s tagline was, “Israel: A Nice Place To Visit.”

You might think this is an improvement over previous ideas hatched by the brothers-in-law and nephews of Israeli politicians. You might.

But if you do, odds are you aren’t a politically right wing haredi or Zionist Orthodox university student.

That’s because Ynet is reporting that a group of haredi and Zionist Orthodox students are demanding a "more Zionistic, respectable" person to represent the State of Israel, one who hasn’t slept with non-Jews and – you guessed it – evaded army service.

The students, who study at the haredi campus of the Ono Academic College and at Bar Ilan, wrote a letter in cooperation with the right wing Legal Forum for the Land of Israel to the ministry’s director-general Rafi Barak.

"We know that Refaeli had a publicized relationship with a gentile actor. And in this way, she certainly doesn't represent the Israeli public,” Ono’s Eyal Cohen told Ynet.

"Refaeli did not serve in the army and even takes pride in that. Before we offer ourselves up to the world, we need to decide who we are. We have much more to offer than girls playing matkot [Israeli paddleball] on the beach. We have a glorious Israeli heritage – in which we must take pride. Trying to be Hollywood 2 won't work,” he said.

“We need to demand much more from whoever represents us. There are models who did serve in the army. Noa Tishby is just as pretty, and who said that models are needed? Why not make Nobel Prize winners presenters? We don't need to sell ourselves for a cheap price with the assistance of models,” another student, Roni Stempler said.

"We know that Refaeli had a publicized relationship with a gentile actor. And in this way, she certainly doesn't represent the Israeli public.”