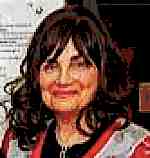 Tzedek, the anti-child-sexual-abuse organization, says it can confirm that Rebbetzin Feldman indeed called its founder Manny Waks a “moser” (snitch, informer) for informing on Jews who perpetrated unspeakable crimes against children.

Manny Waks, the lead victim in the Chabad child sexual abuse scandal in Melbourne, Australia and the founder of the anti-child-sexual-abuse organization Tzedek, writes:

The following are relevant statements as a result of the outrageous comments by Rebbetzin Pnina Feldman from the Sydney Yeshiva Centre:

“In response to media requests for comment, I do not intend to publicly explain details of a private conversation that may embarrass or cause pain to certain individuals, including some who may have tragically been the victims of child abuse.

I unequivocally stand by the Halachic rulings that reporting child sexual abuse and in fact any form of physical violence to the relevant government authorities is not Mesirah. I have personally reported such incidents to the Police in the past and have encouraged others to do so.

NSW Police have indicated that media speculation could jeopardize their investigations and interfere with the course of Justice, which is best handled by the authorities who are trained to do so.

Many in the community, including mental health professionals, firmly believe that constant leaking to the media in the midst of a sensitive police investigation only hinders the ability of victims to come forward with their deep personal pain for fear of publicity. In my opinion, such publicity runs the risk of protecting the perpetrators more than it does the victims.

I commend all those involved in seeking Justice and safety for the community, including the Press, however I feel that this has to be done in a professional and sensitive manner as well publicized by our leading Rabbinic authorities and as recommended by the Police.”

“Rebbetzin Feldman’s carefully nuanced statement may well have been written with legal advice. The fact that she refuses to comment on allegations of statements attributed to her is unsurprising. That she couches this in terms of concern for “a private conversation that may embarrass or cause pain to certain individuals” is disingenuous. The statements attributed to her are unrelated to any confidential information she claims to have obtained from “some who may have tragically been the victims of child abuse”. Those comments relate directly to Tzedek President, Manny Waks, who was not party to the conversation and certainly does not need to be protected from anything the Rebbetzin is alleged to have said regarding his character. In fact he is eager, as Tzedek is, to have those comments confirmed by the Rebbetzin.

Tzedek can confirm that Rebbetzin Feldman indeed called Manny Waks a “Moser” (police collaborator) for informing on other Jews who have perpetrated unspeakable crimes against children. The Rebbetzin has had the opportunity to either confirm or deny these allegations. As Tzedek has confirmed the accuracy of the allegations, it brings into harsh contrast her most recent statement that that she “unequivocally stand[s] by the Halachic rulings that reporting child sexual abuse….to the relevant government authorities is not Mesirah”. We would have thought that she would be eager to deny the comments attributed to her in order to establish her bona fides regarding that altruistic statement. We request in the strongest terms that she does so immediately. It seems clear that the Rebbetzin indeed believes in the concept of Mesirah in the context of child sexual abuse.

This incident legitimately brings into question all other previous positive statements made by the Sydney Yeshiva Centre, especially those made by her husband and Yeshiva Head, Rabbi Pinchas Feldman.

Tzedek is currently examining all of its options, including whether any of the witnesses to the comments attributed to the Rebbetzin would be willing to testify in a Beth Din (Jewish Court). At least one of the witnesses has stated that they would prefer not to be put in this position as they fear any action on their part would inevitably lead to serious repercussions such as severe intimidation and harassment. We sincerely hope that the individuals concerned will take a strong moral stand.

It should be noted that the bulk of the Rebbetzin’s statement – the final three paragraphs – are completely irrelevant to her outrageous and offensive comments regarding Manny Waks. Rather, it is yet another crude attempt by the Rebbetzin to portray the victims, victim groups and many others who have publicly spoken about their experience of abuse in a negative light. The fact is, despite what the Rebbetzin says, many victims have come forward as a direct result of the ongoing public campaign by Tzedek and others. There is irrefutable evidence to back this up. Indeed, Victoria Police representatives have conveyed their deep appreciation of Tzedek’s work in the public domain, noting Tzedek’s numerous achievements, including that of many new victims stepping forward, as a direct result of Tzedek’s work.

Also, the Rebbetzin’s decision to use the word “leak” in describing the limited and careful information-sharing of instances of abuse with the media is most unfortunate. It is consistent with her attempt to portray some victims in a negative light.

Clearly Rebbetzin Feldman has failed in her attempts to deflect her initial ignorant and offensive remarks.

Tzedek has made the difficult decision to sever ties with the Sydney Yeshiva Centre and its representatives until a full retraction and public apology is issued by Rebbetzin Feldman. Of course this would not mean that the Rebbetzin’s repugnant views have altered but at least it would provide a context in which a way forward may be achieved.”

Tzedek, the anti-child-sexual-abuse organization, says it can confirm that Rebbetzin Feldman indeed called its founder Manny Waks a “moser” (snitch, informer) for informing on Jews who perpetrated unspeakable crimes against children.