Three federal lawsuits have been filed over the proposed Westhampton Beach eruv. Yesterday, Judge Leonard D. Wexler of United States District Court in Islip, dismissed one – a lawsuit brought by the Jewish People for the Betterment of Westhampton Beach, an anti-eruv group. It reportedly plans to appeal the decision. 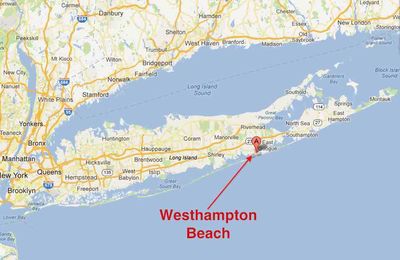 How is Rabbi Marc Schneier's and his Hamptons Synagogue's fight for the right to put up an eruv – a symbolic fence usually made up of a thin strand of wire which is often strung between power poles or telephone poles to create a symbolic private space that allows Orthodox and haredi Jews to carry objects outside of their homes on the Sabbath – in the tony beach community of Westhampton Beach, New York going?

Not so good, as the New York Times reports:

…Three federal lawsuits have been filed over the matter, and on Monday, Judge Leonard D. Wexler, of United States District Court in Islip, dismissed one of them: a lawsuit brought by an anti-eruv group, the Jewish People for the Betterment of Westhampton Beach. That group said it would appeal to the Second Circuit in Manhattan. He also set a timeline for the other two suits, one brought by the East End Eruv Association to erect the eruv, and one between the three villages on whose land the eruv would exist, Westhampton Beach, Quogue, and Southampton, and the utility companies that own the poles.…

“This used to be an amiable little town,” said Ellen Indursky, a member of the Hampton Synagogue, who said Saturday that she now regrets her synagogue’s ever bringing up the idea. “It’s created an us and a them; you are either on one side or the other,” she said, adding, “There’s more feelings of anti-Semitism here now than there has ever been.”
Only a small percentage of Westhampton Beach residents are Orthodox, and the Hampton Synagogue is the only Orthodox congregation in the area. Only about 20 of the synagogue’s year-round congregants, and about 200 families in the summer, are so observant that they need the eruv, according to the rabbi, Marc Schneier.

But many in Westhampton Village…say they fear the prospect of more Orthodox Jews moving in if the eruv is constructed. The mayor, Conrad Teller, estimated that perhaps 90 to 95 percent of Westhampton Village is now against it. “It’s divisive,” he said. “I believe they think somebody’s trying to push something down their throats.”

Storekeepers on Main Street have voiced practical concerns, because Orthodox Jews traditionally don’t spend money on the Sabbath. “Retail is hard enough as it is,” said Anick Darbellay, sitting in her dress shop on Friday. “I don’t want to have to shut down on Saturdays. Have you been to the Five Towns?” she asked, referring to an Orthodox Jewish enclave in Nassau County. “That’s what happened there.”…

Schneier is upset with local reaction, telling the Times that he finds it "despicable" that in the 21st Century some of the eruv's opponents have publicly stated that the reason they oppose it is that they don't want more Orthodox Jews to move to Westhampton Beach.

Schneier doesn't comment on what happened to the Five Towns, their schools and the non-Jewish and non-Orthodox communities there once Orthodox Jews became the majority.

Public schools were choked by Orthodox opposition to increases in the taxes that fund them. Retail stores lost a day of business each week. And the character of the area markedly changed.

None of this is illegal and most of it isn't even unethical.

But for many non-Orthodox Jews and non-Jews, it is disconcerting.

Fortunately for the Hamptons Synagogue, being disconcerted by an eruv or by Orthodox Jews moving into your neighborhood is not enough for courts to stop either from happening.

Three federal lawsuits have been filed over the proposed Westhampton Beach eruv. Yesterday, Judge Leonard D. Wexler of United States District Court in Islip, dismissed one – a lawsuit brought by the Jewish People for the Betterment of Westhampton Beach, an anti-eruv group. It reportedly plans to appeal the decision.