The head of the Jewish Agency, former refusnik Natan Sharansky, had nothing but praise yesterday for police after they arrested 10 women – including comedian Sarah Silverman’s sister and niece – at the Kotel (Western Wall) yesterday for wearing “men’s style” tallits. 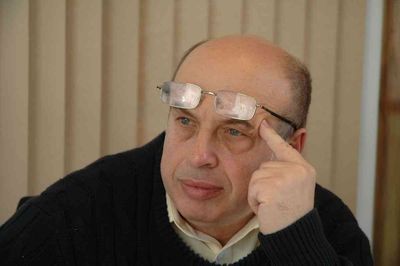 The head of the Jewish Agency, former refusnik Natan Sharansky, had nothing but praise yesterday for police after they arrested 10 women – including comedian Sarah Silverman’s sister and niece – at the Kotel (Western Wall) yesterday for wearing “men’s style” tallits, the Jerusalem Post reported.

Sharansky has been appointed by Israel’s Prime Minister Benjamin Netanyahu to broker a compromise between non-Orthodox Jewish movements and women’s groups on one hand and the Kotel’s government appointed management, which is largely haredi.

Women wearing “men’s style” tallits violate the conduct rules dictated by the haredi rabbi of the Kotel, Shmuel Rabinovitch, but they do not violate halakha (Jewish law).

Haredim have frequently reacted violently to religious practice they disagree with. They have rioted, hurled chair over the fence into the women’s section, and assaulted both men and women.

But in the vast majority of those cases, police did not arrest any of the violent haredim.

Speaking to American Jews visiting Jerusalem on a mission sponsored by the Conference of Presidents of Major American Jewish Organizations, Sharansky reportedly insisted that Israel is a country of law, noting that the High Court of Justice had ruled that the state’s haredi-controlled Chief Rabbinate has the right to enforce the minhag hamakom (the existing customs of the place) at the Kotel.

What Sharansky did not say is that the High Court’s ruling also ordered the government to create a separate but equal prayer area for egalitarian and non-Orthodox prayer. The government has failed to do that or to even try to do that, instead relegating the non-Orthodox groups to prayer near Robinson’s Arch, hundreds of feet away from the Kotel area now used by the Orthodox and haredim. The site is also ill-equipped to be used for prayer services.

Sharansky also claimed that the problem of exclusion of non-Orthodox and egalitarian prayer at the holy site wasn’t a major societal problem for Israel, ranking well below the so-called conversion crisis created by hundreds of thousands of Russian immigrants who are not Jewish according to Orthodox-haredi Jewish law. And, Sharansky insisted, everyone has the right to pray at the Kotel, but that right cannot be allowed to infringe on the right of the majority of Kotel visitors who are Orthodox or haredi – even though the exclusionary policies of the haredim and Orthodox who control the Kotel significantly reduce the number of non-Orthodox Jews seeking to pray there.

“Minhag hamakom and public order have to be taken into account,” Sharansky insisted, claiming that the solution to the problem is “not about principle, but about implementation.”

“I speak to one side and I agree with them, and then I speak to the other and they have a lot of logic. We have to find a solution so that no one feels discriminated against.”

Sharansky also claimed that because non-Orthodox movements have a negligible presence in Israel while Orthodox and haredi groups are strong, Israeli politicians are much more sensitive to Orthodox and haredi demands. What Sharansky did not do is explain to these American Jews that Israel has intentionally underfunded non-Orthodox movements and has done almost everything possible to limit their growth – facts Sharansky is well aware of.

Helping the women who were arrested yesterday pray at the Kotel were six former IDF paratroopers who liberated the Kotel in 1967, including the middle soldier in the iconic photo of the Kotel’s liberation.

One of the former paratroopers compared Israel’s current policy regarding the Kotel to Iran’s theocracy. None of the others disagreed.

The head of the Jewish Agency, former refusnik Natan Sharansky, had nothing but praise yesterday for police after they arrested 10 women – including comedian Sarah Silverman’s sister and niece – at the Kotel (Western Wall) yesterday for wearing “men’s style” tallits.