A man under police investigation for allegedly sexually abusing boys at a Sydney, Australia Jewish school has said senior rabbis knew of his actions but failed to report them to authorities. 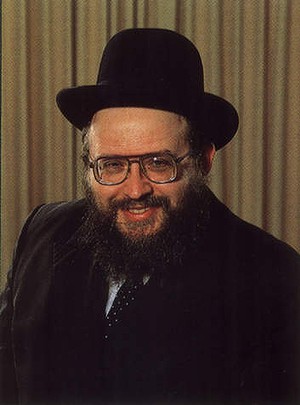 A man under police investigation for allegedly sexually abusing boys at a Sydney Jewish school has said senior rabbis knew of his actions but failed to report them to authorities.

Fairfax Media understands there are at least four alleged victims of one man. The alleged sexual abuse occurred at the boys' homes and at a camp organised by the Yeshiva Centre.

When news of the NSW police investigation was first reported last week, the Bondi Yeshiva Centre's spiritual leader, Rabbi Pinchus Feldman, said he was shocked to learn of the allegations. ''I do not recall anyone ever coming to me with such a problem. I am shocked to hear that anything of this nature has taken place here,'' he said.

However, one of the alleged perpetrators is known to have recently told one of his victims that he was questioned by Rabbi Feldman about 25 years ago over his alleged sexual abuse of boys. ''He [Rabbi Feldman] just told me it shouldn't happen and I should take steps to avoid it,'' the accused man told his alleged victim. ''It was a once-off conversation in his office.''

Rabbi Feldman did not respond to phone calls or emails from Fairfax Media on Tuesday.

It is understood one or more other senior figures in Sydney's Yeshiva Centre were also aware of the alleged abuse in the 1980s but failed to contact police. The alleged offender also told his victim that he had abused several boys, something he said he was now deeply sorry about.

The investigation began after NSW detectives received information from Victorian police who had been probing abuse allegations at Melbourne's Yeshiva College since 2011.

It is understood that at least one alleged victim of the Sydney sexual assaults has provided a statement to NSW police.

The attitudes of senior Jewish leaders regarding the reporting of child sexual abuse have been under scrutiny in recent months after comments by senior Chabad rabbi Manis Friedman playing down the effects of abuse.

Based in the US, Rabbi Friedman compared abuse to having a case of diarrhoea. He later apologised, saying his intention was to help empower victims to move forward.

But now that it's turned out that Chabad was, well, lying about the the past abuse, Tzedek has – ever so slightly – changed its tune.

“This new revelation confirming the ongoing allegations that the Yeshiva Centre leadership in Sydney was aware of the child sexual abuse allegations puts the onus on this institution to provide a full and honest account of what has transpired there over the years.

Besides the Fairfax report, it has now also been confirmed to me personally that Yeshiva has privately acknowledged that it was indeed aware of the abuse allegations. Also, someone else has come forward to me with information alleging that the Yeshiva leadership responded to an alleged incident of child sexual abuse by apparently sending the perpetrator overseas. Based on today’s report and the new information, it now seems that the initial Yeshiva statement was somewhat disingenuous.

I would like to emphasize that since the initial Yeshiva statement, I have been working closely with a Yeshiva representative in addressing this issue. Throughout this process I made it clear to them that they must be forthright and transparent regarding any information that they have, including in relation to any cover-ups. I was personally assured that they were unaware of any of these allegations. Having just spoken to a Yeshiva representative, this point has been reiterated; Yeshiva continues to strenuously deny the allegations that they were aware of or involved in covering up allegations of child sexual abuse.

To Yeshiva’s credit, their initial statement was unequivocal in terms of a way forward. Ultimately it’s actions that speak louder than words. While their past actions are now (rightly) being scrutinized, their current actions seem to be appropriate in terms of their cooperation with the police.

I am aware of a number of Sydney victims who are still reluctant to provide a statement to the police regarding their abuse. It is incumbent upon Yeshiva to demonstrate that it is being completely honest and forthright so that victims will feel that it is safe and appropriate for them to go to the police.

Tzedek urges anyone with information relevant to this matter to come forward. It is critical that we understand the truth of the matter – both the abuse and any subsequent cover-ups. Tzedek calls for a thorough and fair investigation of this matter by the police. We expect that the Royal Commission into child sexual abuse will also address this issue and will hopefully uncover further information.

Ultimately justice must prevail and the truth must come out. Perpetrators and their enablers, including anyone involved in any cover-up, must be held to full account. ”

A man under police investigation for allegedly sexually abusing boys at a Sydney, Australia Jewish school has said senior rabbis knew of his actions but failed to report them to authorities.