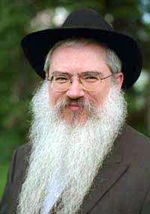 Another hasidic untrained and unlicensed therapist/counselor, Chabad's Rabbi Manis Friedman, claims child sexual abuse does not damage its victims, and that not saying the rabbinic prayer to be said after eating a piece of cake is worse than something – abuse – that happened to you as a child. Victims suffer, he claims, only from the feeling that they are damaged goods. They should realize that we are all damaged goods, abused or not, he claims, and then equates the damage of child sexual abuse with the damage other people experience as children from uncaring teachers or teachers who belittled them. Friedman completely misunderstands (or is unsympathetic to) the deep psychological pain child sexual abuse causes – to the extent that even pre-verbal infants who are sexually abused can have psychological issues throughout their lives from that sexual abuse. 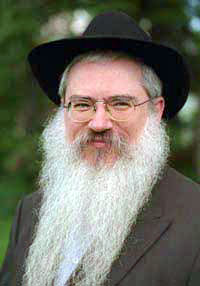 I've known Manis for more than 30 years. He's a very creative, inventive guy who likes to find new and surprising – and even shocking – spin on well-established Jewish concepts and political issues.

Unfortunately, Manis is not above taking true stories and changing some of their facts in order to illustrate his points – even when the stories as he tells them are false and highly misleading, and I think that he may be doing a version of that in this case.

In the process of this, a few pedophiles from those communities have been reported to police and prosecuted.

One of those pedophiles is Rabbi Yaakov Weiss who is the son-in-law of Friedman's close friend Sholom Rubashkin and the brother of another friend of Friedman and some of Friedman's children, Rabbi Moshe Weiss. And Moshe Weiss is married to a daughter of Chabad of Minnesota's chief financial backer.

When Friedman wants to tell a story to illustrate one of his unique attempts at spin but can't find one in the accepted canon of hasidic or haredi stories or in the news reports and human interest stories in the local paper, he simply takes an obscure story and changes the facts to make it fit his needs.

I personally caught him doing this years ago and confronted him on it. I asked him why he changed some facts and omitted others in a way that changed the story's meaning. Why not tell the story as it actually happened, I asked? Because it wouldn't be a good story that way, Friedman replied. I pointed out that the true story actually was an argument against his position, not a support for it. Manis acknowledged that was true. And from that point onward, by my choice I had little to do with him.

In other words, if Friedman – who is a superstar within Chabad – says child sexual abuse and similar crimes are basically nothing and the damage they cause to victims is really mild and of their own making (or of their own misunderstanding of the true import of that sexual abuse on them in the wider scheme of things), then people who are working to curtail pedophilia and expose active child sexual abusers are essentially doing the wrong thing – if their goal is to have these pedophiles prosecuted in criminal court or sued in civil court.

And therefore it follows that these activists and victims must be stopped or dissuaded from doing what they are doing. And who better to front an effort like that then victims themselves, victims who hear Friedman's talk and adopt his views. Never mind the fact that months or a few years later, they'll realize Friedman is wrong. By then, the damage will be done.

And that is, I believe, the real point behind his bizarre claims.

A few years ago, after I had already been covering child sexual abuse for awhile, I ran into Manis in a kosher grocery store-deli in St. Louis Park, Minnesota. He was cold – hostile, even – and argued that I should close my blog down or erase all the material on it and use the new blog to promote Yiddishkeit, hasidic or haredi Judaism. And then he walked away

I few minutes later I approached him raised the issue of child sexual abuse. He dismissed it out of hand, not arguing that it didn't exist but treating it as if it almost didn't and wasn't really significant. And then he tried to walk away again.

He pursed his lips and shook his head no, not to say that he had not heard about it but to deny it's reality altogether. And he kept on walking away.

For a second or two Manis stopped, taken aback. For those two seconds, the pedophilia had become real to him. But those two seconds quickly passed and Manis went back to being angry – at me. He pursed his lips again and shook his head no, not to deny who the victims were in that particular incident but to reproach me.

"it's not the way to do it," he said, referring to outing the pedophiles, reporting them to police, and publicizing the names of the rabbis who enable the abusers. "It's not right."  I think he said it was "lashon hara, rechillus and mesirah." And then he walked away.

I don't think Manis came up with this concept on his own.

In his position as head of the Bais Chana Women's Institute, he's had to deal with teen and young adult child sexual abuse and rape victims for more than 40 years. And being a devoted representative of the Rebbe, Rabbi Menachem Mendel Schneerson, he must have done what he did with so many other issues – ask the Rebbe how it should be handled.

And I think what I heard that day a few years ago and what you can hear on the video below is essentially the Rebbe's view with Manis's spin overlaid on it to make it more acceptable.

Child sexual abuse in the Jewish community, except perhaps in the most extreme cases, is not a matter for police. It's something you work out privately, inside the community behind closed doors, and seep under the nearest rug so prying eyes from the outside do not see.

To the extent that victims need some therapy to heal, they should get that – preferably with a reasonable amount of money given to the family of the victim by the pedophile as a settlement.

Then there was something wrong with the child to begin with, a self-esteem issue that would have needed to be treated anyway and therefore is not the pedophile's responsibility.

I know of one case of child sexual abuse the Rebbe ordered to be handled in this fashion and it matches up closely with what Manis says below.

But I know Manis very well, and don't think that he will ever do that.

Update 2:22 am CST 1-29-2013 – Manny Waks, the lead abuse victim in the growing Chabad child sexual abuse scandal in Melbourne, Australia  sent the video to several Australian Chabad rabbis and received the following response. While it does not directly reprimand Manis friedman, it does reject and condemn the points Friedman made in the video:

I write on behalf also of Rabbis Ulman and Kluwgant

While it is unfair and we will not pass judgement on Rabbi Friedman without giving him the opportunity to defend himself , the utube clip stand alone requires strong comment from us.

The clip appears to theologically trivialise and minimise the physical psychological and spiritual damage caused to the victims of sexual abuse. It is simply ignorance to say we are all "damaged" in the same manner as victims of sexual abuse and it is the height of insensitivity to suggest the treatment for a victim is just to perform additional mitzvois.

Our experience as Rabbis and our understanding of the issues as conveyed by professionals in the area and indeed by victims , is that child sexual abuse is one of the most heinous crimes that can be perpetrated and it is aggravated by the lasting injurious affect it has on the victims.

When we fail to acknowledge the gravity of the crime and its devastating affect , we unwittingly assist the perpetrators as people justify their not coming forward because "its not so bad" . We fail in our duty to victims and potential victims and hamper their recovery by failing them twice. The first time by not eliminating the scourge, the second time by not acknowledging their pain.

Manny , be assured, you have the full support of the Rabbinate in uncovering and uprooting the scourge of child sexual abuse - as difficult a challenge it is for our community to face up to - and that we stand with all the victims in their search for both healing and justice.

In 2009, Manis Friedman essentially called for genocide against Palestinians and other Arabs when responding in writing to a written question from Moment Magazine.

Friedman's response was published by Moment alongside the responses of many other rabbis – none of whom used the question to call for genocide.

Another hasidic untrained and unlicensed therapist/counselor, Chabad's Rabbi Manis Friedman, claims child sexual abuse does not damage its victims, and that not saying the rabbinic prayer to be said after eating a piece of cake is worse than something – abuse – that happened to you as a child. Victims suffer, he claims, only from the feeling that they are damaged goods. They should realize that we are all damaged goods, abused or not, he claims, and then equates the damage of child sexual abuse with the damage other people experience as children from uncaring teachers or teachers who belittled them. Friedman completely misunderstands (or is unsympathetic to) the deep psychological pain child sexual abuse causes – to the extent that even pre-verbal infants who are sexually abused can have psychological issues throughout their lives from that sexual abuse.