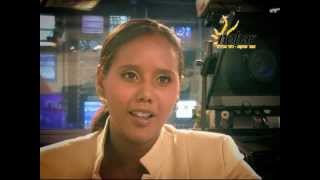 Tamano-Shata – immigrated to Israel from Ethiopia when she was three-years-old – is an attorney. She has also worked as a reporter for Channel 1 News.

"I want to promote as much legislation [as possible]relating to equality and affordable housing. The middle class understands and knows exactly what it wants. It gave us its trust,” she told Channel 2 last night after Yesh Atid’s strong showing at the polls – 19 Knesset seats won – became clear.

Like Tamano-Shata, none of the other candidates elected yesterday on Yesh Atid’s Knesset list have ever served as Members of Knesset or as cabinet ministers. It is likely, however, that Yesh Atid will be a part of Prime Minister Binyamin Netanyahu’s new ruling coalition.

The process of forming that coalition will begin shortly and could be concluded in a matter of hours, days or even weeks from when it begins as the various potential coalition partners jockey for control of government ministries and cabinet posts.

In Yesh Atid’s case, that jockeying will also reportedly need to include a law that drafts haredim into the military (or, perhaps, into a combination of national civilian service and the military) and a structure to get haredim into the workforce and off welfare rolls.

There are currently two Ethiopian Jews serving as Members of Knesset, Shlomo Molla of Hatuna and Alli Admaso of Likud. Molla was appointed to fill a Kadima Party Knesset vacancy in 2008 and was elected in 2009; he switched to Tzipi Livini's Hatuna Party in November, was on Livni's Knesset list and narrowly missed being reelected yesterday. Admaso was appointed in September to fill the seat of a retiring Likud MK. He was #72 on Likud-Beiteinu's Knesset list yesterday and was not elected.

Shimon Solomon, who held the Number 12 spot on Yesh Atid list, is also Ethiopian and will serve in the Knesset alongside his fellow Yesh Atid member Tamano-Shata. [Hat Tip to Joseph Feit for pointing this out in the comments to this post.]