Why Did Jews Get Expelled From England And Parts Of France?

Jews were expelled from England in 1290 CE and from parts of France before that. Why did this happen? Was it simple antisemitism? Or did Jews play a role in our own expulsion? The answer may surprise you.

Why did Jews get expelled from England and parts of France? Simple antisemitism?

At least not according to the Maharam mi-Rothenburg (c. 1215 – 2 May 1293), the leading rabbi of Germany and the general area surrounding it at the time of the expulsion from England and an earlier expulsion from part of France who was asked what the halakha is for Jews who are forced to swear on a Sefer Torah that they would not “clip money” (i.e., shave bits pieces of silver off coins to lighten their weight while collecting the silver bits and melting them down into ingots, or for use as jewelry, or even as counterfeit coins).

The men swore the oath on the Sefer Torah, but they had in mind that the oath they swore should not really be valid.

The Maharam mi-Rothenburg answered (Siman 246 in the Lemberg 1860 edition, page 20-21) that without question the oath is valid, and it is a terrible sin to steal from Gentiles.

But the Maharam mi-Rothenburg added something else.

He says that clipping money caused the expulsion (the “actual word he uses is destruction”) of the Jews from France and England.

To be sure, the Maharam mi-Rotenburg is also cognizant of antisemitism among the Gentile poulation and does not at all consider them to be blameless. Far from it. But he isn't blind to the misdeeds of his own people who helped provoke the expulsion. 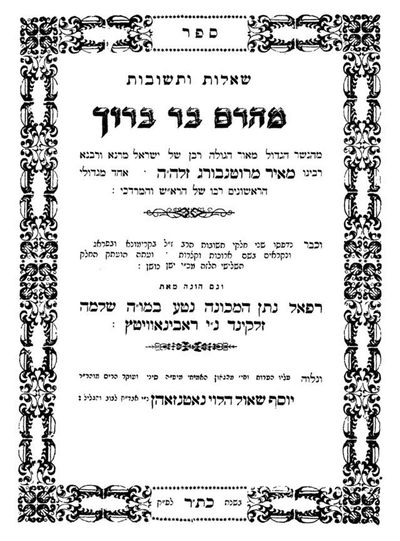 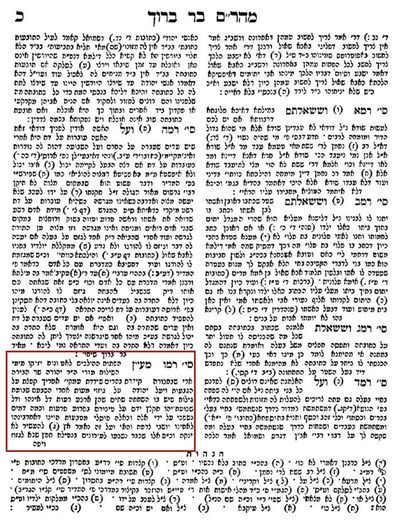 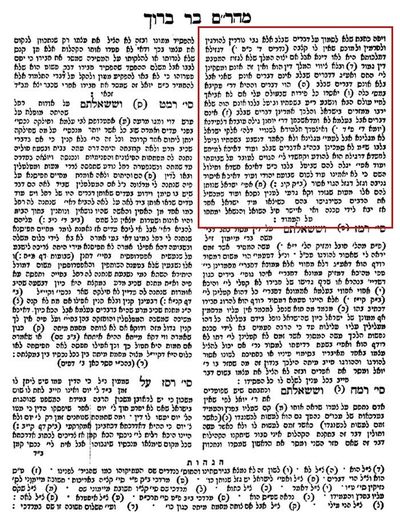 Mississippi Fred points out that Haham David Nieto, who was the rabbi of the Spanish-Portuguese Jews in London in the early 18th century, wrote something similar.

[Nieto] writes that the Jews were expelled from England centuries earlier because of their usury. Same thing: no excuses. The Jews did this, so the gentiles did that. Of course Nieto is not the Maharam, but then again, his book Mateh Dan - Kuzari Sheni was recommended by the Steipler as an amazing emunah-building sefer. I wrote about it here:

"Nieto - writing for Jews, remember - reminds them of what money-lending led to in the Middle Ages: ""no se amotinaran contra nos como hizieron por los exorbitantes usuras que tomovamos dellos en Espana, Francia, Ynglaterra, Alemania e Ytalia. - Will not non-Jews be incited to antipathy against us, just as they were by the exorbitant interest which we exacted from them in Spain, France, England, Germany and Italy?" This is nothing short of amazing. The usual, not entirely incorrect, line is that Jews were driven to usury by being forbidden from other kinds of work. In fact one reason Jews were readmitted to England is because Rabbi Menasseh ben Israel tried that on Oliver Cromwell scarcely 60 years earlier - and it worked. Here Rabbi Nieto speaks to Jews and does not tell them that the persecution and expulsions came out of nowhere without provocation."

Why Did Jews Get Expelled From England And Parts Of France?

Jews were expelled from England in 1290 CE and from parts of France before that. Why did this happen? Was it simple antisemitism? Or did Jews play a role in our own expulsion? The answer may surprise you.