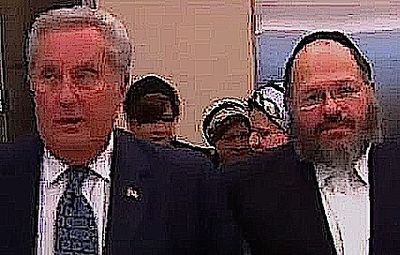 …“It was brought to my attention her [the alleged victim's] behavior, her modesty, was not like the other girls,” Benzion Feuerwerger, a principal at the United Talmudical Academy in South Williamsburg, testified today in Brooklyn Supreme Court. “The principals were not happy and it came to the attention of the other rabbis, too.”…

“When we see a girl is not following the tradition, we try to work on it,” testified Feuerwerger, who answered, “Yes,” when asked if the goal of his school was to make sure the students followed “each and every role of Satmar.”

Feuerwerger, who is Weberman’s first cousin, drew incredulous laughter from several Orthodox spectators when he testified that the modesty squad — or Vaad Ha’Tnius — didn’t exist.

The alleged victim testified last week that part of the reason she was afraid to report Weberman was his Vaad Ha’Tnius membership.…