« Weberman Fundraising Campaign Seeks To Raise $125,000 By The End Of Next Week For Downpayment On Attorneys Fees For Hasidic Sex Offender's Appeal | Main | Jacob Ostreicher Reportedly Released On Bail »

The Orthodox Union Lies To The New York Times 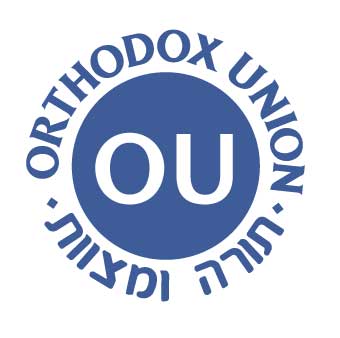 On Monday, I asked another prominent group, the Orthodox Union, if it had anything to say on the conviction of Mr. Weberman. Its president, Simcha Katz, offered that his organization has long opposed child molesting.

That is a comfort.

As to the specifics of Mr. Weberman's case, Dr. Katz executed a neat two-step. "Due to our lack of knowledge of the specifics of the trial and details of the case," he said in a statement, "we are not in a position to comment one way or the other."

But what Katz told Powell is complete and total B.S.

As I was the first to report, the OU endorsed and co-signed a statement from the Rabbinical Council of America endorsing the verdict against Weberman. It posted it on its website and emailed it to at least one of its email lists.

But then the OU pulled that endorsement from its website without explanation, almost certainly due to Satmar threats against the OU's kosher certification.

Simcha Katz is, put clearly and simply, a liar.

What Simcha Katz is lying about is child sexual abuse.

And he is lying as the president of an organization that has a disturbing history of covering up child sexual abuse (and other types of child abuse) because the coverup – which lasted three decades – furthered its goals.

As an organization that enabled the destruction of so many young lives, the OU has a special responsibility to speak out against child sexual abuse.

As an organization that spent almost thirty years lying to cover up sexual abuse, it has a special obligation not to lie about sexual abuse now.

Even without any special obligations from past wrongs it committed, like any other human beings, the people who make up the OU have the legal and moral obligation to protect children, who are by definition vulnerable.

But the OU has failed to meet all or any of these most basic requirements of moral function.

These are your rabbis, Teaneck, your kosher food, Manhattan, your roshei yeshiva Yeshiva University.

Simcha Katz has, as I see it, two choices:

The seal of God, the Talmud says, is truth.

One cannot be the president of the Orthodox Union and lie.

You can see complete proof of that lie here: A Little OU Self-Censorship In The Face Of Satmar Threats? 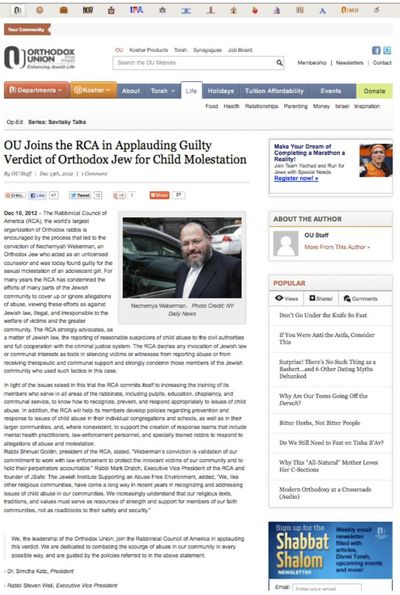 The Orthodox Union Lies To The New York Times