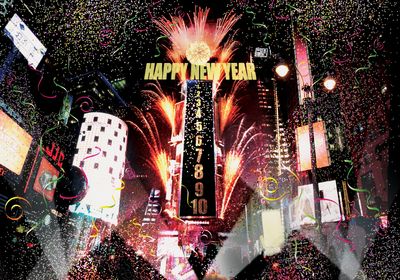 “Following up from our previous notice, we have clearly stated that New Year’s celebrations must not be held at the end of the civil calendar. It will not be possible to continue our supervision for anyone who infringes our instruction,” the rabbis’ letter said according to a report in the Jerusalem Post.

However, when asked by national news media about the threat, the director of the Haifa Rabbinate Rabbi Avraham Weizman said it would not really be enforced. He told Channel 2 News on Sunday that no business that does host such a party would actually have their kashrut certification voided.

Secular activists and politicians were angered by the Rabbinate’s threat.

Member of Knesset Nitzan Horowitz of the Meretz Party alleged that the Rabbinate’s threat was a “scandalous extortion of business owners who are already bent under the burden of payments to the rabbinate.…Once again the world of intrigue, financial extortion, and religious coercion has been exposed, which is controlled by the extensive monopoly known as the ‘Chief Rabbinate.’”

In response, the Rabbinate reportedly issued a statement that claimed that if one of its kashrut supervisors would be unable to be in an establishment with a kashrut certificate due to the type of event being held there, that business would have to lose its kosher certification. According to Jewish law, “it is forbidden for a Jew to be present in a place where ‘idol worship’ is being conducted,” such as the rituals of other religions. New Year’s parties are not just folkish, they create a prohibition [that therefore forbids Jews to attend such events],” the statement claimed.

While observing Christian religious holidays like Christmas is problematic halakhicly, New Year’s Eve, which celebrates the end of the secular and Christian calendar years and the beginning of the new one, is much less so.

And when celebrated as a secular event – as it commonly is worldwide with parties, music, food and drink, and as it would be in most of the restaurants and hotels in Haifa – it has no direct connection to Christianity at all.

Indeed, the Hebrew calendar the rabbis prefer Jews to use is really a Babylonian calendar used by pagan Babylonians. Jews used it while in exile in Babylon and continued using it when a minority returned to Israel, sometimes swapping in a Hebrew name and removing a Babylonian name. So the month of Nissan became the Hebrew month of Aviv – except the name did not stick, and we call “Aviv” “Nissan” today.