Rabbi Israel Eichler warns of the dangers of such a campaign “that may lead to bloodshed,” adding  that “the use of the military to incite the masses was used in Europe, since the Crusades to the Russian czar, not to mention the more difficult times that followed.” He calls on the committee to disqualify “Kadima’s anti-Semitic propaganda campaign.” 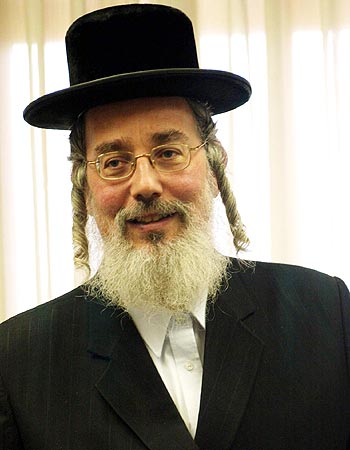 An angry Rav Yisrael Eichler on Monday 11 Teves 5773 turned to the Central Election Committee calling upon committee chair Justice Elyakim Rubinstein to disqualify the Kadima Party campaign. Eichler explains that the campaign was already rejected by Egged and Dan, for they realized it is offensive. Eichler adds the campaign is simply full of lies, quoting the Kadima claim that soldiers receive 700 NIS monthly as compared to avreichim, who receive a national government stipend of 3,400 NIS.

Eichler decried the provocative nature of the election campaign along with its lies, “all targeted at avreichim and the chareidi community”. He points out that a married avreich with a child has to manage living on his 800 NIS monthly payment, yet Kadima sees nothing wrong with fabricating numbers to serve the party’s anti-chareidi agenda. Eichler adds that a married soldier received a monthly salary three times that of a married avreich, and this does not take into account the soldier also receives free meals and public transportation.

Eichler warns of the dangers of such a campaign “that may lead to bloodshed”, adding “The use of the military to incite the masses was used in Europe, since the Crusades to the Russian czar, not to mention the more difficult times that followed.” He calls on the committee to disqualify “Kadima’s anti-Semitic propaganda campaign.”

First of all, to understand what the Yeshiva World reporter is trying to report on, read this post. Essentially, Israel's two major public bus companies refused to run the Kadima Party's campaign ads because the companies thought haredim would be offended by the ads, which pointed out that haredi yeshiva students get more money in government stipends and subsidies than IDF soldiers do.

Rabbi Israel Eichler is a United Torah Judaism MK who is known for making outlandish and offensive remarks about just about everyone. He easily ranks in the top five most offensive MKs in this – or any other – Knesset.

Eichler doesn't confine himself to gender-based, religion-based and race-based slurs; he also lies – a lot. And Kadima's recent ad campaign – rejected by the Dan and Egged bus companies, not for being false, but for being offensive to haredim, itself an absurdity that could only happen in a Stalinist-style state or in Israel – is a case in point.

Kadima's figures seem wrong only if you fail to tally up all the welfare payments and subsidies haredim get. But if you do add up all those subsidies and payments, Kadima's figure makes sense, and Eichler surely knows this because the matter of these subsidies and payments and the IDF stipends were discussed in the Knesset when Eicher was present. And if memory serves me, Eichler used the occasion to hurl slurs at secular politicians, including calling one or more of them Nazis.

But even if Eicher was out in the hall being restrained by Knesset guards after threatening another Member of Knesset or some other such folly that Eichler routinely engages in, the data is clear and easily available through the Knesset's own office that gathers and keeps such facts.

But none of this matters to Rabbi Israel Eichler, the racist bigot and prominent Belzer hasid in excellent standing with his rebbe and with his political party – and with the haredi public.

Hurling insults, slurs or lies, screaming "Nazi!," "antisemite!" or "Jew hating bastard!" at a Jewish Member of Knesset, Eichler is the Energizer Bunny of Israel's Ashkenazi haredim – their furry mascot who says all the things they want to say (along with a few they don't).

And that most of what Eichler says is completely and totally false?

For haredim, truth is what their rabbis say it is, not what the facts say it is. So while Eicher is lying, while the facts and empirical evidence prove him wrong, haredim operate by a different "truth," a "truth" unfettered by facts or even by logic For them, the "truth" of rabbis trumps the truth of fact, the truth of evidence – even the truth of absolute empirical proof.

Rabbi Israel Eichler warns of the dangers of such a campaign “that may lead to bloodshed,” adding  that “the use of the military to incite the masses was used in Europe, since the Crusades to the Russian czar, not to mention the more difficult times that followed.” He calls on the committee to disqualify “Kadima’s anti-Semitic propaganda campaign.”