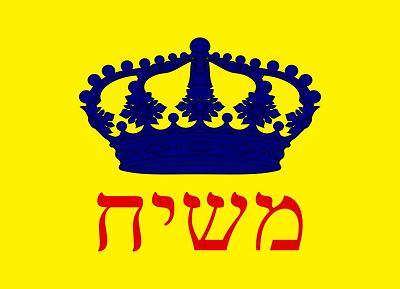 The Talmud rules that prophesy ended almost 2500 years ago, and that it will not be reinstated until the coming of the messiah, and that has been the standard Jewish position on the institution, codified by Maimonides and citied by many other rabbinic figures since then.

But there were some deviations.

Several false messiahs, like Shabbtai Tsvi, claimed to be prophets. Some, like Tsvi, also had their own court ‘prophet,’ in Tsvi’s case, Nathan of Gaza, to announce their messianic arrival.

All of these messianic incidents led to bad outcomes – mass conversions to other religions, widespread destitution caused by Jews selling non-movable property at steeply discounted prices so they could ascend to the Land of Israel with their ‘messiah,’ and suicides.

But Ynet reports that a new school opening this week intends to train a whole new generation of Jewish prophets – for a fee.

"Our generation has been declared by many as the first generation taking part in the experience of redemption. The Cain and Able School of Prophets aims to provide the generation of young prophets with authorized sources to direct their spiritual experiences to way of truth and honesty,” the introduction to the school’s curriculum reads.

What, exactly, will this Chabad messianist school be teaching future “prophets”?

The curriculum reportedly contains classes on face reading, dream interpretation, ways to achieve ruach hakadosh (the holy spirit), and an introduction on the way angels communicate and participate in our lives.

Heady stuff, a curriculum you might think would take years to study – but not at the The Cain and Able School of Prophets. The entire prophets’ course is only 10 one hour lectures. Complete those 10 hours, pay $52, and you, too, can be a prophet.

The Cain and Able School of Prophets is too extreme even for many Chabad messianists, who prefer to wait for the second coming of Rabbi Menachem Mendel Schneerson in relative peace. And any time they feel in need of prophecy, all they have to do is randomly slip a note into the pages of one of Schneerson’s books and then scan the pages the note is resting between to find Schneerson’s "prophetic" “answer.”

But Hapartzi insists he is not crazy.

"I'm not a freak. I have solid answers to every single question on this subject. I have been collecting material for the school for several years now. I am proficient in the material and I have translated most of it from Russian to Hebrew."

Has the curriculum been approved by any rabbis?

"Everything being studied is based on biblical principles."

How many prophets are you planning on training?

"We already have 10 students who will start the basic course this week. The good students will continue and, with God's help, achieve divine spirit and serve as prophets. There are several levels of prophecy I hope my students will reach."

Aren't you afraid people will start prophesying on the streets and it will all go out of control?

"I wish. But it won't just happen without a person being chosen from above."

Do you have any ways to identify false prophets?

"The truth is that there are many institutions today for the study of Kabbalah, mysticism and black witchcraft, and it does confuse people. I teach strictly kosher material and teach my students to distinguish between true prophecy and false prophecy and between a real dream and a false dream."

How can you be trusted?

"Because I've started doing it too recently."