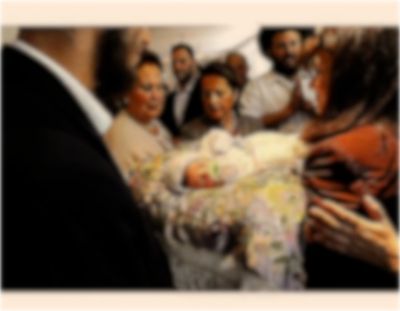 The Jewish Week's Hella Winston has an article on the letter-turned-amicus-brief which can be read here.

Here are excerpts from that letter sent by Akiva Shapiro, and attorney with Gibson, Dunn & Crutcher LLP, to the federal judge hearing the case. She accepted this letter as an amicus brief on 11-20-2012:

I write on behalf of the American Academy of Pediatrics ("AAP'), the Infectious Diseases Society of America ("IDSA"), the Pediatric Infectious Diseases Society ("PIDS”), and the American Sexually Transmitted Diseases Association ("ASTDA") in opposition to the motion for a preliminary injunction filed by the plaintiffs in the above-captioned case. Our clients are the nation's foremost professional organizations of pediatrics, infectious diseases, pediatric infectious diseases, and sexually transmitted diseases physicians, and they are gravely concerned about the public health implications of an injunction against the implementation of the challenged parental consent regulation, and from a ruling that the regulation is unconstitutional. We respectfully request the Court's permission to file this amicus submission by letter in lieu of a formal motion.

We write regarding three central issues about which proposed amici have particular expertise, each of which has critical medical and public health implications. First, it is incontrovertible that infectious diseases can be, and have been, transmitted through direct orogenital suction of the penile incision during circumcision ("direct oral suction"), and that direct oral suction increases the risk that a neonate will acquire herpes simplex virus ("HSV") and other communicable diseases. Second, the regulation at issue is primarily directed at — and unquestionably furthers — the important public health and constitutional prerogative of ensuring informed parental decision-making, including communication of risks, before any non-emergency medical procedure is performed on a minor. Third, a ruling in plaintiffs' favor would severely hamper the government’s ability to effectively address a wide range of public health concerns, as it would undermine officials’ ability to rely on the advice and data-driven opinions of medical professionals in passing public health regulations.…

Two hundred years of historical data also supports the straightforward proposition that direct oral suction increases the risk of transmission of HSV and other infectious diseases. Indeed as early as 1811, physicians had documented the risk of infectious agents passing from ritual circumciser to infant through the procedure. That year, Dr. Johann Rust, a prominent 19th century medical expert, documented an outbreak of syphilis in Krakow among infants who had been subject to direct oral suction. Dr. Rust concluded that the fatal epidemic was due to the "venereal lesions ... in the oral cavity of the local mohel." Shlomo Sprecher - Mezizah be-Peh —Therapeutic Touch or Hippocratic Vestige?, Hakirah, the Flatbush Journal of Jewish Law and Thought Vol. 3 (2006), 15,30-31 (Farley Decl., Ex. H). Similarly, in 1873 the New York City Board of Health investigated the cases of four otherwise healthy newborns who acquired genital ulcerations after they were subject to direct oral suction, three of whom ultimately died from their illnesses. ld Subsequently, the New York Medical Journal published an article on those four cases which explained that the children most likely acquired their infectious diseases from the oral-genital contact between them and their circumcisers. See R. W. Taylor, On the Question of the Transmission of Syphilitic Contagion in the Rite of Circumcision; N.Y. Med. Journal 561, 561-82 (1873) (Farley Decl., Ex. I). Moreover, the historical record contains numerous other instances of infectious disease transmission through direct oral suction, including of tuberculosis to the penis and syphilis.

Given the overwhelming scientific evidence demonstrating the .increased likelihood that newborns subject to direct oral suction will acquire HSV and that, because neonatal immune systems are underdeveloped, HSV infection in newborns is more likely to result in death or permanent disability, the risk associated with direct oral suction should be clearly communicated to parents or legal guardians in advance of the procedure, and written parental permission for the procedure should be obtained.…

The public health and policy considerations overwhelmingly support a government actor's right to defer to the judgment of medical professionals when issuing public health regulations.    State and local health boards must be permitted to defer to the professional medical judgment of their advisors when making such decisions as government actors often have neither the resources nor the expertise to perform their own medical research or reach their own medical conclusions. Adherence to the dangerous standard proposed by the plaintiffs — namely, that any degree of disagreement within the medical community precludes reliance on prevailing scientific data and medical experts' conclusions — would severely hamper the government's ability to effectively address public health concerns.

Supreme Court precedent definitively establishes that "medical and scientific uncertainty" does not "foreclose the exercise of legislative power."   Gonzales v. Carhan, 550 U.S. 124, 164 (2007). In fact, to conclude that a procedure involves “risk” does not require that there be conclusive understanding of causation. Instead, standard protocol in the medical community is to recognize a strong correlation as a "risk" "while further studies are conducted to clarify whether various underlying factors play causal roles." Planned Parenthood v. Rounds, 686 F.3d 889. 899 (8th Cir. 2012). "Thus, the truthful disclosure regarding increased risk cannot be unconstitutionally misleading or irrelevant simply because of some degree" of disagreement or uncertainty surrounding the underlying scientific facts. ld. at 900. Rather, the party challenging the existence of such risk must "show that any medical and scientific uncertainty has been resolved into a [scientifically accepted] certainty against a causal role." ld.

This standard reflects the notion that "the [government], rather than a federal court, is in the best position to weigh divergent results and come to a conclusion about the best way to protect its populace." Id at 904. The City's role in protecting the health and safety of the community is far too important to ignore scientific data showing a medical risk associated with direct oral suction. Ritual circumcisers' religious freedom "does not include [the] liberty to expose the community or the child to communicable disease or the latter to ill health or death." Prince, 321 U.S. at 166-67. It is, rather, for the City to rely on medical professionals' risk assessment and to create public health policy and regulations accordingly. The challenged regulation does just that, and the Court should defer to that judgment.

Here New York City properly relied on the recommendations and conclusions of its medical advisors in deciding that direct oral suction poses health risks. a position supported by the medical community and overwhelming scientific evidence. The plaintiffs have failed to demonstrate that there is a scientifically accepted consensus against a causation between direct oral suction and HSV (and other infections) simply because no such consensus exists. Just the opposite--there is a clear consensus in the medical community that such risks are serious and reaL Under the dangerous standard proposed by the plaintiffs, any dispute as to the medical facts justifying a public health regulation would render the regulation legally invalid. Not only would such a standard obviously undermine the government's legitimate objective in preventing the communication of infection in the specific circumstances of direct oral suction, such a precedent would set the bar impossibly high for scientific certainty, thus undermining the entire basis for public health regulation.

The entire letter is posted as a downloadable PDF document below.

Marvin Schick submitted an affidavit in the case on November 30. Schick points out that the city erred when citing his school enrollment data, because it left out Chabad, which was put in a different category than standard haredi yeshivas in his study. Schick argues that for that reason and for several other less significant reasons, the population of infants who received metzitzah b'peh is higher than city claims, making the risk it calculated higher than it actually is. This is the strongest attack on the city's statistics I've seen. Even so, it doesn't change the city's argument or the arguments presented in this amicus brief.

Here is Schick's affidavit as a PDF file: