« Rabbi Yehuda Levin Blames Hurricane Sandy On "Homosexual Agenda," Gay Marriage | Main | "Who By Fire And Who By Water?" »

Lower East Side residents stuck without food (and sometimes without water) in the neighborhood's high rise buildings complain that the area's haredi and Orthodox rabbis left the area without helping the elderly, disabled and poorer residents they left behind. 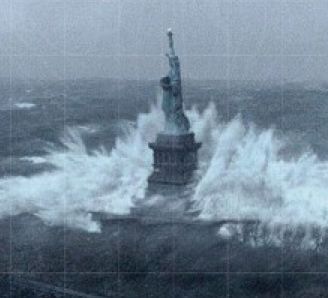 The Lower East Side’s haredi and Orthodox rabbis almost all left the area after Hurricane Sandy hit, leaving behind congregants who had no family or friends outside the neighborhood to evacuate to, local residents told FailedMessiah.com last night.

The residents, who are fearful of community retaliation if they are publicly named, complained that the neighborhood’s most prominent rabbis left the are for Shabbat, leaving behind the poorer, older and disabled without doing anything to secure help for them.

Electrical power in the neighborhood was off from the beginning of Hurricane Sandy Monday night until about 5 pm on Friday, a few minutes before Shabbat began.

Grocery stores were closed, residents’ refrigerated and frozen food spoiled, and Jewish hurricane relief was nowhere to be found.

But rather than stay and try to help, the areas haredi and Orthodox rabbis fled, these residents say, never checking on them or offering them any form of assistance.

Orthodox and haredi synagogues in the area were closed on Shabbat, with the exception of the Bialystoker Synagogue. Its rabbi, Zvi David Romm, stayed in the neighborhood while other rabbis, including Dovid Feinstein of Mesivta Tiferes Yerushalyim yeshiva reportedly left.

These Lower East Side residents also say that State Assembly Speaker Sheldon Silver, who lives on the Lower East Side, was also absent, as was the head of the Metropolitan Council on Jewish Poverty, William Rapfogel, who also lives in the neighborhood.

Rapfogel had not returned an email seeking to confirm his absence from the neighborhood at the time this article was posted and, despite the ongoing need for hurricane relief, both Silver’s New York City and Albany offices were closed shortly after noon today.

However, residents were happy to see Yeshiva University and Stern College for Women students, who went door-to-door in the high rise buildings offering residents water and limited food.

When told that the New York Jewish Federation’s main relief effort was confined to distributing a limited number of free challah breads in some hurricane ravaged areas, one disgusted Lower East Side resident quipped that no one had offered him a free challah.

Residents also reported that requests to Jewish community agencies for temporary shelter outside the neighborhood were referred to city agencies, and residents were told that if they did evacuate, they would have to use the city shelers and eat the non-kosher food those shelters provide because no Jewish shelters exist.

Several residents also complained that Orthodox and haredi Lower East Side neighbors who owned cars went shopping for kosher food in Williamsburg, Brooklyn, but did not offer to pick up food for their poorer neighbors, trapped because of the lack of public transportation.

“It’s like there’s no real Jewish community here,” one resident complained. “It’s every (rich) man and rabbi for himself.”

…[The] Met Council distributed thousands of pounds of non perishable foods to apartments in high rises on the lower east side with priority given to elderly and disabled.   We also picked up 3000 kosher MREs from the armory through the Governor's office and gave out to hundreds of people.  UJA did collect challahs for Friday distribution and together with the united Jewish council, HATZALAH and speaker silver we gave out some 600 on the lower east side and more in other affected areas. UJA has also now committed funds that will enable us to ensure food and necessities to impacted communities all week long.

Two of my sons are HATZALAH volunteers and barely slept in the HATZALAH ambulance or went on calls to help residents all over the area.  We all lived in darkness without water all week long and gave our own water, canned goods, blankets,etc to our neighbors aside from what we do professionally.

In addition I have been working with the communities in Staten Island, south Brooklyn and far Rockaway to ensure they have food, blankets and even security. Thousands of people have food because of met council.…

All I'll say is that the disabled I heard from did not get help and were not contacted by Met Council volunteers.

No one skipped anyone intentionally. Conditions were terrible for providers and recipients throughout the city not just on the lower east side. We are still trying to get fuel for our food trucks and repair vans.
As for where anyone was for shabbos i didnt ask and dint intend to ask.
As for me i was with family and managed to raise an extra $30.000 to help provide food to most impacted areas.    I just okayed some 2500 meals to brighton through masbia that were funding. Every dollar counts and ita no ones business where i was for shabbos.

I think part of the issue could be that many of the rabbis may not have provided responders with lists of their more vulnerable conregants.

Lower East Side residents stuck without food (and sometimes without water) in the neighborhood's high rise buildings complain that the area's haredi and Orthodox rabbis left the area without helping the elderly, disabled and poorer residents they left behind.