"We have no other way to make a living. This is pure racism...some people, if denied the possibility to work for a living, will turn to crime.” 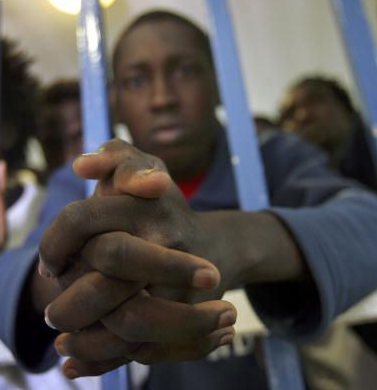 Politicians from the haredi Shas party told Yediot Achranot that Yishai’s move an attempt by Yishai to score points over his rival Aryeh Deri in the battle for party leadership.

Under Yishai’s plan, the government would close the businesses, and the refugee owners could also be fined and even imprisoned.

"We have no other way to make a living. This is pure racism...some people, if denied the possibility to work for a living, will turn to crime,” Sudanese refugee restaurant owner told Yediot Achranot.

"This is a crime of survival. Keeping the migrants employed is the best temporary solution until a permanent one will be found," Tel Aviv’s chief of police reportedly said.

Israel does not provide African refugees with financial, housing or food assistance, and has refused to honestly process refugees’ applications for official refugee status, turning down almost every African refugee who has applied, even though many, if not most, absolutely qualify for official status under international treaties Israel signed.

Without legal refugee status, refugees can’t legally work in Israel or own and operate businesses there.

But this Catch-22 situation, which is artificially created by Israel’s government in order to make refugees suffer so much that they voluntarily leave Israel, doesn’t trouble that government’s highest legal authority.

"Not enforcing the law on migrants alone creates a deep sense of inequality," Attorney General Yehuda Weinstein wrote in support of Yishai’s plan.

"The migrants are a danger to the future and identity of the state of Israel. I’m glad to see that the attorney general supports my decision… I have nothing against the migrants; I am guided by what's best for the State,” Yishai reportedly said in reference to the thousands of African refugees held in artificial limbo by Yishai’s policies.

"We have no other way to make a living. This is pure racism...some people, if denied the possibility to work for a living, will turn to crime.”