The annual State of the Nation Report by the Taub Center, a Jerusalem-based policy research institute, found that Israel’s economy is dramatically falling behind the West, and this failure poses an existential threat to Israel’s survival. 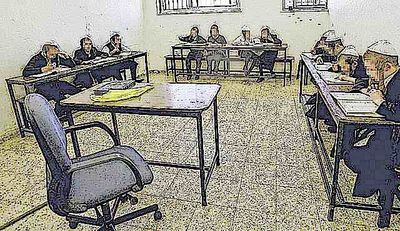 As we reported several weeks ago, the annual State of the Nation Report by the Taub Center, a Jerusalem-based policy research institute, found that Israel’s economy is dramatically falling behind the West, and this failure poses an existential threat to Israel’s survival.

Israel’s economy is held back by large groups of non-workers, by low productivity, and by a dysfunctional education system.

These trends are deep-seated and long-term, and the Taub Center’s director, economist Dan Ben-David, says they pose an “existential threat” to the country’s future.

Even so, Ben-David says there is still hope.

“We have all the pieces to change direction. The capabilities of this country to reverse these trends are empirically proven and fantastic…we have empirical studies that show Israel’s universities ranked among the world’s leading universities. So it’s not just a few Nobel laureates; we’re an academic superpower. We have all the knowledge we need. We just need to get it to our kids tomorrow morning,” Ben-David told the Times of Israel.

But in the Arab and haredi school systems, academic achievement is much lower than that – below many Third World countries.

“How are [these kids] going to compete in the global economy?” Ben-David asks.

Israeli workers rank 23rd out of 34 OECD states in productivity and falling.

In 1979, there was 90% employment in both Israel and in G7 countries. But Israel’s employment rate rapidly dropped off as subsidies given by successive right wing governments to haredi yeshiva students grew.

The Times of Israel notes that “even in the wake of a strong recovery, Israel cannot match the employment figures for the G7 economies during their worst economic downturn in living memory.”

“We know how to map education’s role on employment,” Ben-David told the Times of Israel. “We compared Haredi employment to employment of people with different levels of schooling. There’s an argument out there that what they learn [in post-elementary yeshiva] is good [preparation for the modern economy].”

But the Taub study found that the rate of haredi employment is identical to the rate of Israelis who dropped out of school after the 4th grade, hovering just below 50% employment.

And with the exponential growth rate of haredim as shown by kindergarten enrollment in haredi schools, this is frightening.

The report also debunks the widespread myth that the Israeli economy is strong. While there are many signs of strength in the short term, the long term problems are deep seated.

“The problem is that this stable decades-long trajectory reflects slower growth over the long term than in leading Western states. This means that the standard of living in Israel has been retreating, in relative terms, from leading Western countries for several consecutive decades,” the study found.

“You can’t forgo half of society and say, ‘the rest will support everything.’ This is existential. We saw just a week ago [in the Gaza conflict] how important a modern economy is if you want to have a modern army. We’re shooting down missiles. Who else in the world can do that?” Ben-David said, noting that without a First World economy and First World education, Israel will have great difficulty paying for or training a First World army. “And without a First-World army,” Ben-David said, “how exactly are we going to exist in this neighborhood?”

The annual State of the Nation Report by the Taub Center, a Jerusalem-based policy research institute, found that Israel’s economy is dramatically falling behind the West, and this failure poses an existential threat to Israel’s survival.