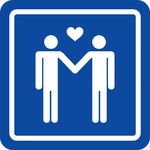 Four gay men and two of their mothers filed a lawsuit today against Jews Offering New Alternatives to Healing (JONAH), a New Jersey conversion therapy group that claims to rid men of same-sex attractions and turn them straight. JONAH's therapy is often recommended by haredi and Orthodox rabbis.

Four gay men and two of their mothers filed a lawsuit today against a New Jersey conversion therapy group that claims to rid men of same-sex attractions and turn them straight.

The lawsuit, filed in Superior Court of New Jersey Hudson County, alleges that methods used by the Jersey City-based Jews Offering New Alternatives to Healing (JONAH) do not work and constitute fraud under the state's consumer protection laws.

Arthur Goldberg, JONAH's co-director, and Alan Downing, a "life coach" who provides therapy sessions, were also named in the suit.

The plaintiffs include Michael Ferguson, Benjamin Unger, Sheldon Bruck and Chaim Levin, all of whom used the services of JONAH when they were in their teens or young 20s.

Two of the men's mothers, Jo Bruck and Bella Levin, who paid for therapy sessions that could cost up to $10,000 a year, were also plaintiffs.

One of the plaintiffs alleges that therapy sessions that involved a virtual "strip tease" in front of an older male counselor, as well as reliving abuse and homophobia were "humiliating."

They are seeking declaratory, injunctive and an undisclosed amount of monetary relief, as well as court costs, according to the lawsuit.

The plaintiffs have received legal help from the Southern Poverty Law Center (SPLC), which claims in the lawsuit that conversion therapy is a dangerous practice that has been "discredited or highly criticized" by every major American medical, psychiatric, psychological and professional organization.…

The lawsuit alleges that some of the methods used included: telling boys to beat a pillow, the "effigy of the client's mother," with a tennis racket; encouraging "cuddling" between younger clients and older male counselors; and even instructing attendees to remove their clothing and hold their penis in front of Downing.

Attendees were also subjected to ridicule as "faggots" and "homos" in mock locker room and gym class role playing, according to the lawsuit.

"It's definitely cruel and unusual and doesn't work," said Wolfe. "They are peddling bogus techniques that have no foundation in science and are basically ridiculous and even harmful."

Wolfe paraphrased JONAH's message as: "All you have to do is put in the work to overcome your sexual attractions. If you follow our program your true orientation emerges and will turn you into a straight person."

"Often if what the conversion therapist tells them doesn't work, it's their fault," Wolfe added.

In 2008, when the plaintiffs were seeking help from JONAH, the cost of an individual therapy session was $100 and for a group session, $60. JONAH also "strongly pushed" attending weekend retreats that could cost as much as $700, said Wolfe.

Arthur Goldberg said he "knows nothing about the lawsuit," which was filed this morning, and referred ABCNews.com to JONAH's website.

"We have a lot of people who were a success and were healed," he said of JONAH's 14 years in service. "Hundreds of the clients we serve are satisfied ... Our therapy is very conventional."

When asked about the group's practices…Goldberg admitted he had "no background specifically in counseling."

"I am the administrator," he said. "I used to teach family law."

When asked about instructing boys to take off their clothes, he said, "I know nothing about that."

Goldberg also said he had "no idea" how to reach Downing because he was an "independent contractor.”…

According to the lawsuit, JONAH cites the "scientific" work of Joseph Nicolosi, one of the primary proponents of conversion therapy and Richard A. Cohen, who was permanently expelled from the American Counseling Association in 2002 for "multiple ethical violations."

Nicolosi's methodology is based on the belief that a weak father-son relationship and a dominating mother contribute to homosexuality. He advocates "rough and tumble games," as well as father-son showers, according to the lawsuit.…

Conversion therapists also cite child abuse and bullying as a "primary cause" of homosexuality, according to the lawsuit.…

Posted at 12:40 PM in Homophobia and its Discontents | Permalink

Four gay men and two of their mothers filed a lawsuit today against Jews Offering New Alternatives to Healing (JONAH), a New Jersey conversion therapy group that claims to rid men of same-sex attractions and turn them straight. JONAH's therapy is often recommended by haredi and Orthodox rabbis.