A large Iowa-based maker of halal meat products is facing a crippling federal investigation. The Midamar Corporation allegedly deceptively mislabeled meat and meat products as halal (the Islamic equivalent of kosher) when they were not actually halal slaughtered or certified, and allegedly falsified export documents. 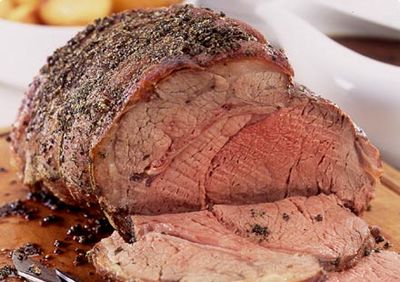 The Midamar Corporation allegedly deceptively mislabeled meat and meat products as halal (the Islamic equivalent of kosher) when they were not actually halal slaughtered or certified, and allegedly falsified export documents.

In federal court documents Midmar claims that federal investigators from the IRS and the US Department of Agriculture seized its main bank account and business records while executing search warrants in October. Northern Iowa U.S. District Court Chief Judge Linda Reade upheld the government’s seizure of $454,000 in bank funds last week and rejected the company’s plea to have the money returned.

No criminal or civil charges have yet been filed.

Reade’s ruling says that the government’s affidavit in support of the search warrant can continue to remain secret in order to not “compromise an ongoing investigation.”

Midamar’s court filings claim that the government’s actions are based on vague allegations that it improperly branded and sold meat products as halal. It claims that the government is trying to regulate a religious precept, which violated the Constitution’s guarantee of separation of religion and state.

“Whether Midamar’s meat is in fact halal is a religious question that may not be answered by the U.S. government,” Midamar’s lawyers told the court in October.

Reade ruled that the company’s argument was not “an appropriate basis to quash a warrant” and is in any case premature because no charges have yet been filed in the case.

Midamar is a privately held business which has been based in Cedar Rapids, Iowa for 38 years. Founded by Bill Aossey in 1974, it claims to be the first major U.S. supplier of halal meat and meat products. Midamar says it is now the leading U.S. halal brand. It has 70 employees and markets more than 200 products in the US and overseas, relying heavily on external suppliers for meat that it packages.

Midamar claims it has been unable to get the credit it needs to continue to operate, and notes that some of its business partners have distanced themselves from the company since news of October’s raid became public.

However, Reade ruled that Midamar failed to demonstrate that the seizure of its bank accounts would cause the company to cease operations because Midamar did not prove that it could not get funding from other sources including liquidating assets or borrowing money from its executives. Reade noted that investigators returned Midamar’s computers within a week of seizing them.

Rasheed Ahmed, president of the Muslim Consumer Group for Food Products, told the AP that cheating is common in the marketing of halal meat, and that some companies label non-halal “supermarket meat” as halal.

USDA investigators reportedly seized thousands of pounds of beef products that came from an abattoir that was no approved for export to a foreign country. They also reportedly found falsified export documents for shipments to Indonesia and Malaysia.

This is not the first time Reade has dealt with a company that produces meat and meat products for a religious community.

She was the trial judge in the case against Sholom Rubashkin. The former VP of the largest kosher meat producer in the world, Agriprocessors, is now serving a 27-year-sentence for bank fraud and related charges.

A large Iowa-based maker of halal meat products is facing a crippling federal investigation. The Midamar Corporation allegedly deceptively mislabeled meat and meat products as halal (the Islamic equivalent of kosher) when they were not actually halal slaughtered or certified, and allegedly falsified export documents.