« Has The Jewish Emphasis On Literacy Been Good For The Jews? (Hint: The Answer Is No) | Main | 11 Haredim Indicted In Massive Fraud »

A female IDF soldier was reprimanded and ordered to write a five-page written apology for offending haredi soldiers serving on her army base. 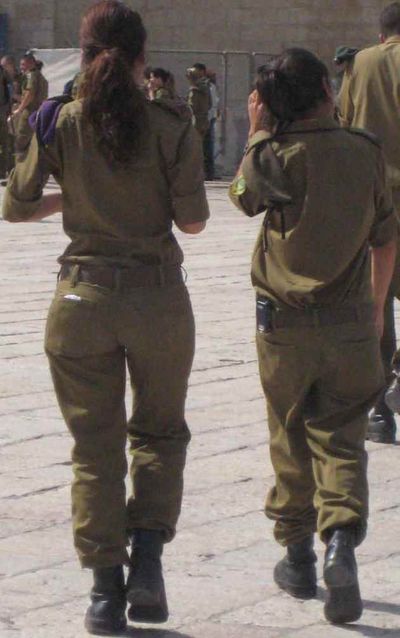 A female IDF soldier was reprimanded and ordered to write a five-page written apology for offending haredi soldiers serving on her army base, Yedioth Ahronoth reported earlier today.

In ordering the punishment, the private's commander claimed that she had violated the IDF's integration code by braiding a fellow female soldier’s hair in public.

Among other things, the integration code, enacted to help haredim integrate in the IDF, mandates a special glatt kosher food supply, separate dormitories for men and women, and special “modest” clothing to be worn during fitness exercises.

"My daughter understands the need to be sensitive to her fellow soldiers, but this is a huge exaggeration. On the one hand female soldiers are encouraged to support each other but on the other hand if her friend is crying she is not allowed to hug her in case someone is offended by it," the soldier’s mother told Yedioth Ahronoth, adding that while the feelings of haredim were a top priority for the army, her daughter's request not to wear leather shoes because she is a vegan was immediately refused.

"The IDF's orders do not forbid soldiers from braiding each other's hair. The officer made an error in judgment, which was corrected, while stressing military regulations,” an IDF spokesman told the paper, “also adding that “the soldier was given permission to wear alternative footwear within the base."

A female IDF soldier was reprimanded and ordered to write a five-page written apology for offending haredi soldiers serving on her army base.