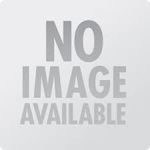 More than one-third were married or in a serious relationship. 44% were single.

The study compared them to a sample group of women based on age, race and marital status.

A positive test result triggers re-testing of all of the actor’s on-screen sexual partners from the previous 3 to 6 months. (Off-camera partners can be tested at the discretion of the actor.)

Unlike previous testing systems that were less obligatory and easy to cheat, the Foundation’s system has secure data sharing that appears to prevents forgery.