Did American Jewish Ex-Pats In Israel Overwhelmingly Vote For Romney? 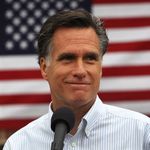 And if they did, why did they do it? The answers may (or may not) surprise you. 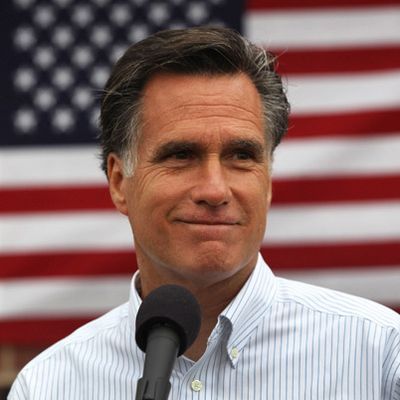 But the influences that govern that one issue may, if you are not closely in tune with the American Jewish community in Israel, surprise you:

…American immigrants…are, as a general rule, more Orthodox, more conservative and much more hawkish than the American Jewish community they left behind. A large number of American-born Israelis live in settlements in the territories, differentiating them not only from the American Jewish community, but from most Israelis as well.  They fit the profile…of the minority of American Jews who have been voting for Republicans anyway.  And while they may not admit it, much of their animosity toward Obama derives not from his alleged hostility to Israel itself, but from his opposition to the settlements in which they live and to the one-Jewish-state solution of which they dream. Their low opinion of Obama…isn’t all that different from their disdain for fellow Israelis who insist on believing in peace with Palestinians.

…[M]ost Americans living in Israel [are] Orthodox: They don’t believe in separation of religion and state and are quite happy…to live in a country in which the Orthodox rule. Many of them…see eye to eye with conservative Christians on the corrosive influence of decadent liberal secularism.…

Americans living in Israel…couldn’t care less about …[the domestic] social issues that are dear to the hearts of American Jews and that have defined the American Jewish experience for over a century. Most citizens of foreign countries don’t care about these issues, either, which is quite understandable; but they don’t tell Americans how to vote….

There are layers of chutzpah here. The first is the arrogance of telling American Jews that their own lives and their own interests and their own beliefs are insignificant and should be cast aside because some Jews – far from all – don’t like Obama’s attitude towards Israel.…

In part this is driven by the fact that many of these olim came to Israel because of already existing deep ideological and religious commitment. But it's also due to the flip side of this coin: the mechanism for promoting, encouraging and helping Americans to make aliyah is largely run and controlled by people who share much, if not all, of those ideological markers themselves.

For example, Nefesh B'Nefesh helps almost everyone who wants to make aliyah but it arguably favors those who are right of center politically and religiously.

Centrist Orthodox synagogues celebrate people who make aliyah as does Yeshiva University's rabbinical school. (This was much less the case when Rabbi J.B. Solevechik was alive and well.) Haredim make aliyah or move to Israel to live for various reasons. However, their philosophy and worldview when it comes to Arabs and peace aligns much more closely with Israel's hard right than with Israel's moderate right, center or left. The most rabidly anti-Zionist Satmar in Brooklyn still has more sympathy for Jewish settlers clashing with Arabs than they do for the average Jewish resident of Tel Aviv or Haifa.

By contrast, few non-Orthodox Jews make aliyah. Those that do are often young and single. They are rarely encouraged or supported by their communites, and once in Israel they find themselves submerged in a much larger expat community that is often farther right politically and religiously than they are. More of them will vote for Obama than will their Orthodox and haredi counterparts. But they are in the minority and almost wholly unsupported by the aliyah apparatus.

Shalev is correct – it is largely a one-issue vote.

But the dirty secret Shalev doesn't write about is that many of the Jewish votes that will be cast for Romney in Teaneck and Crown Heights are also one-issue votes or very close to them.

These votes will be cast for federal and state funding of religious institutions and schools;, for an erosion of the separation between religion and state; a vote against equal rights for people viewed by Orthodox and haredi Jews as sexual sinners; a vote against minority groups of color who seem to be gaining, in the eyes of many on America's right, too much political and social power; and votes for a religiously based morality and against a secular rational morality and social compact.

But more than any of that, they will be votes cast in support of their version of Israel, of an Israel that does little or nothing wrong to Arabs but which is frequently wronged by them, an Israel which is almost always in the right; votes in support of Likud and parties to its right and against Kadima and parties to its left; votes cast against the Arabs, against the Europeans; votes cast against moderates and for those with more extreme views.

But things have changed, arguably for the worse and likely for decades to come.

Did American Jewish Ex-Pats In Israel Overwhelmingly Vote For Romney?

And if they did, why did they do it? The answers may (or may not) surprise you.