A Moral Panic In Great Neck

A series of mistakes by parents and therapists along with police procedural errors may have led to the wrongful convictions of a father and so more than two decades ago. Now the mother of one of the duo's "victims" is working to right the wrong. 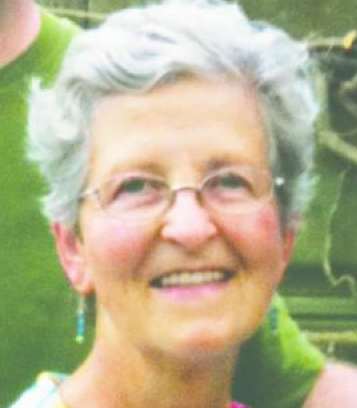 A self-described introvert, Arline Epstein has never thought of herself as an activist, but more like someone who tries to do the right thing. And that’s just what she thought she was doing 24 years ago when she put her 10-year-old son Mike in therapy after police and other parents convinced her — over Mike’s initial insistence to the contrary — that he had been molested by a popular retired schoolteacher named Arnold Friedman and his son Jesse during after-school computer classes in their Great Neck home.

The local therapists working closely with parents and law enforcement at the time argued, Arline recalls, that denials of abuse like Mike’s — particularly in the face of a detailed confession by Arnold and, later, Jesse and another defendant, Ross Goldstein — were caused by shame and/or an inability to remember the traumatic events. Healing, they believed, could come only through the children “opening up” about what had happened to them.

The only problem was that Mike was, in fact, never abused, though he did at some point decide to tell his therapist, Dr. David Pelcovitz, that he had been, hoping that such a disclosure would put an end to the unpleasant therapy sessions and get him back to his normal childhood life. It worked.

Though a number of other children agreed to press charges against the Friedmans, Mike never did, and the whole episode became a part of his past — until recently, when he decided to tell first the Nassau County district attorney and then his parents about his childhood lie.

And now, once again, Arline Epstein is trying to do the right thing.…

[Her notes show that a] detective’s statement to parents that during the first weeks of the investigation they had found that “no child out of 30-plus interviewed had been sodomized, and most said nothing happened” now raised a red flag…

Her notes also indicate that one of the complaining witnesses — a 9-year-old boy— was interviewed for 5 hours [straight] before he produced a 10-page statement to police and that another mother was told by the detective who came to question her son that he had just been with another kid for seven hours and he wouldn’t open up; the boy finally told the police that he had dreamed about some incidents, which the police interpreted as evidence of abuse.…

Behind some of what was wrong with the original investigation was Dr. David Pelcovitz, who many of you know for his affiliations with Yeshiva University and Ohel. Pelcovitz has been a defender of Ohel in cases where Ohel would seem to deserve no such defense. My understanding is that Pelcovitz refuses to comment on the Friedman case.

Thankfully, major and almost all minor police departments haven't conducted child sexual abuse investigations like what what was done in Great Neck for more than two decades.

The vast majority of American courts won't accept the kind of "evidence" gathered in Great Neck. Israel's courts are quickly catching up to that standard.

The Friedman case was essentially a moral panic egged on by well meaning parents, therapists (most of whom, perhaps all of whom, were also well meaning), and incompetent police. A similar situation exists in the Nachlaot neighborhood of Jerusalem.

For those interested, a “new evidence reel” on the Friedman case will be presented on Nov. 18 at 4 p.m. at The Inn at Great Neck.

A Moral Panic In Great Neck

A series of mistakes by parents and therapists along with police procedural errors may have led to the wrongful convictions of a father and so more than two decades ago. Now the mother of one of the duo's "victims" is working to right the wrong.