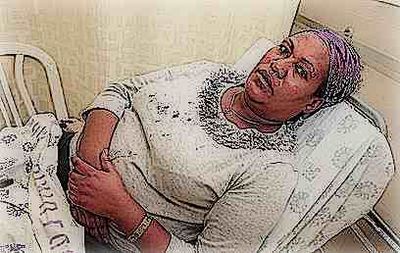 Ziona Mangistu was reportedly told by the school’s principal to refuse to allow a particular student to board the bus because he was suspended from school.

After Mangistu stopped the boy for boarding, she received a call from the boy's father who allegedly shouted racist slurs at her, including, “stinking Ethiopian, we will have you sent back to where you came from!”

The boy’s father then boarded the bus and "in front of some 30 kids punched Ziona in the face, breaking her nose. She is still in bed suffering from pain and might have to return to hospital. More than the pain, she is shocked by the whole incident. This hatred. We do not comprehend the violence and racism; we are like any other citizen of this country," Mangistu’s husband told Ynet.

After punching Mangistu, the father fled. Mangistu was taken to hospital for medical care. But when she reported the assault to the school's principal, the principal allegedly told her not to file a police complaint.

The Kiryat Bialik’s Mayor Eli Dukorsky said he "expects the police to convey zero tolerance message to aggression against public employees including this case." The mayor visited Mangistu and reportedly told her that the city will support and assist her.

Police detained the father for questioning, later releasing him to house arrest for five days.

Posted at 11:01 AM in Bigotry & Racism, Ethiopian Jews, Israel | Permalink