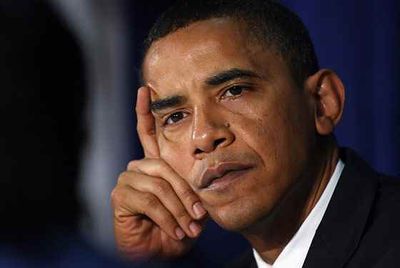 The survey was conducted during the first week of September. It asked 1,071 random adults, “Do you happen to know the religion of each of the following people? If you don’t know, you can mark that too.”

The results for President Barack Obama are as follows:

The percentage of Americans who believe Obama is Jewish rose sharply from 2010, when 0% of respondents thought the president was Jewish and 17% thought Obama was a Muslim.

This year the AP also asked, “Where was Barack Obama born, as far as you know?”

49% responded that they believe Obama is American-born. 39% believe he is foreign-born. 12% would not answer.

CORRECTION 4:40 PM CDT – The AP transposed numbers from its own survey in its press release. Here are the actual numbers issued earlier today as a correction by the AP and posted by Mediaite:

So no one believes Obama is Jewish and the AP has made one of biggest gaffes of the election season.