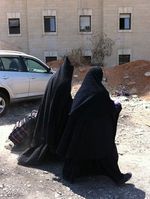 A source familiar with the case says the girl’s family suspects that cult members are trying to smuggle the girl outside Israel to an area near Montreal, Canada, where she could hide inside the Lev Tahor haredi cult. 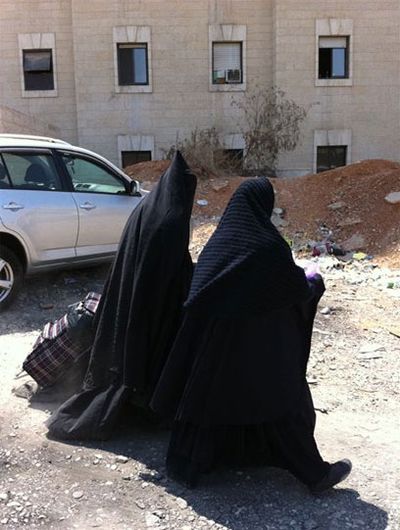 There was a hearing in Jerusalem Family Court this morning in the case of the 19-year-old haredi girl who left her family’s home nine months ago to live with a family belonging to the haredi burka cult, also known as the haredi Taliban women and the haredi shawl women.

The girl’s mother saw her daughter for the first time in months at the hearing.

A source familiar with the case told Behadrei Haredim that the girl’s family suspects that cult members are trying to smuggle the girl outside Israel to an area near Montreal, Canada, where she could hide inside the Lev Tahor haredi cult.

A few days after learning this, the family managed to get a court order  preventing the girl from leaving Israel.

During the same hearing that generated the court order forbidding the girl to travel abroad, the Ministry of Social Affairs was asked to intervene in the case, and a trial meeting took place between the ministry’s representative and the  the girl.

“Since the affair conducted behind closed doors in court, I can not reveal details beyond that," the source said.

The girl left home nine months ago, and moved in with a burka cult family. It is still unclear why she left her parent’s home, and whether she is voluntarily remaining with the cult, or if she was forced to remain there by cult members.

Her family tried desperately to locate the apartment where she was hiding. They used tracking devices and other means, including having friends rent apartments in cult areas in different Israeli cities to try  to locate her.

After months of trying, her parents discovered that the cult was about to marry off their daughter to a man ten years her senior.

The girl’s family increased efforts to thwart the anticipated wedding, including asking the beit din, religious court, of Edah Charedis to intervene. It did, issuing a ruling prohibiting the marriage.

During this time, the girl’s father discovered that his daughter was hiding in an apartment near the corner of Shivtei Yisrael Street and Mea Shearim Street in Jerusalem.

A month ago, the girl’s parents and some friends went to the apartment with the intent to bring the girl home to her parents’ house.

The group allegedly tried to break into the apartment after the cult family refused to open the door for them.

In the tumult, a large crowd formed and residents of the building called police, who arrested the girl’s father and others involved.

Some were released on bail, but were forbidden by police to go near the apartment where the girl was allegedly staying.

But one of the arrested, who has not been named, reportedly refused to agree to stay away from the apartment. He was taken to court, where a judge released him under similar conditions to to the others.

A source familiar with the case says the girl’s family suspects that cult members are trying to smuggle the girl outside Israel to an area near Montreal, Canada, where she could hide inside the Lev Tahor haredi cult.