« Block The Driveway And We'll Vandalize Your Car And Beat You Up | Main | President Obama, Shabbos Goy »

The yeshiva run by Chabad's Feldman family in Sydney, Australia is closed due to a lack of teachers and funds, and an independent audit had shown that government funds appear to have been misused or embezzled by the Feldmans. 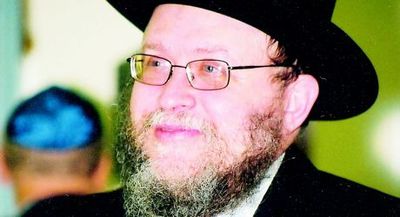 THE community has this week been preparing for the possible closure of Yeshiva College, Bondi.

Parents have been enrolling their children at other schools after it failed to reopen last week because of a shortage of teachers. Kesser Torah College has sought emergency funding in case of an influx of students, and the NSW Board of Studies (BOS) is investigating if the college is meeting the requirements for registration as a school.

The AJN can also reveal this week that an independent report, which reviewed Yeshiva College’s bank account statements, cheque butts and other documentation, determined that some of the $467,500 given to the school as part of the Building the Education Revolution (BER) was not used for the correct purpose.

It determined that the accounts Yeshiva College provided to the Association of Independent Schools were not accurate.

Yeshiva stated it made a payment of more than $175,000 to a construction company, but the report found that the cost was not incurred or will never be incurred as the construction services detailed in the invoices were donated.

It found that Yeshiva appears to have breached the funding agreement in relation to the BER funding, and also recurrent funding, which is given to the school every year.

If the NSW and federal governments stop funds, it would cost the school more than $1 million a year and it would struggle to operate.

In a statement this week to The AJN, Yeshiva College spiritual dean Rabbi Pinchus Feldman said his legal team do not believe the school mis-used government funding and was confident the matter would be resolved.

Meanwhile, parents said they were outraged when they woke up last Wednesday morning to an email that stated students could not return to school last Thursday because the school didn’t have sufficient teachers to resume classes.…

The yeshiva run by Chabad's Feldman family in Sydney, Australia is closed due to a lack of teachers and funds, and an independent audit had shown that government funds appear to have been misused or embezzled by the Feldmans.