« A Jewish History Of Sleep | Main | Haredim In Full Compliance With Deal Not To Gender Segregate, Police Say » 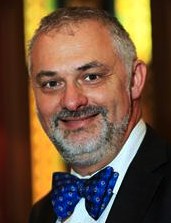 A friend in Melbourne, Australia writes:

It has come to my attention that the matter between Mr Sam Tatarka, President of the Zionist Council of Victoria (ZCV), and Mr Bruce Cooke, has now been resolved just before it was to go to a hearing.

Apparently there is a confidentiality clause currently in place but I understand that Messrs Tatarka and Cooke can confirm that Mr Tatarka has unreservedly apologised for swearing at Mr Cooke in synagogue.

You may recall that Mr Cooke, who has been a staunch supporter of victims of the Yeshivah child sexual abuse cases and their families, attended his usual synagogue (Ohel Devorah, which is led by Rabbi Chaim Tzvi Groner, son of the late Rabbi Groner from the Yeshivah Centre) on Saturday 1 September 2012 and was confronted by Mr Tatarka. It was reported to me that Mr Tatarka is alleged to have unleashed a tirade of abuse in a physically threatening manner at Mr Cooke (including the use of profanities)—all within the synagogue and in front of other congregants. Apparently Mr Tatarka leant over to where Mr Cooke was sitting and yelled in his face to “fuck off”, “go fuck yourself long and hard”, and the tirade continued from Mr Tatarka as he walked out of the synagogue.

Apparently this is not the first time that Mr Tatarka is alleged to have attacked Mr Cooke. As a result Mr Cooke gave a statement to Victoria Police.

It is important to note that Mr Tatarka’s brother, Ron (Ronny/Reuven), has been implicated in the ongoing Yeshivah Centre child sexual abuse scandal. Ron was Director of Chabad Youth (i.e. he was in charge of all youth activities including running the weekly youth movement activities, camps etc.) during the period the alleged abuse took place, and it is alleged he was aware of some of the abuse.

In response to Tatarka's attack on Cooke, Manny Waks, the lead victim in these Chabad child sexual abuse cases, noted that:

It is important for the community to be made aware that the intimidation and threats are still happening. Unfortunately it is not just emanating from a fringe within the Yeshivah community but also from other misguided individuals. Most regrettably the intimidation is also targeting individuals who are courageously expressing public support for victims and their families. While individuals have a right to be critical of actions taken by victims and their families, they don’t have a right to bully, intimidate or threaten anyone—certainly not the victims, their families and supporters. These attitudes and actions must be stamped out completely.

Mr Tatarka’s belated apology to Mr Cooke is welcome. However, questions must be asked whether this is someone who should be representing our community—he has a senior leadership position yet behaves like a thug. This reflects badly on our community as a whole and we should be distancing ourselves from someone like this. I call on Mr Tatraka to immediately step down from his position for the benefit of our community. Should he refuse to do so, I would encourage anyone who is associated with the Zionist Council of Victoria to consider their position.

Update 12:28 am CDT 10-4-2012 – Manny Waks sent me a copy of a letter he sent a few minutes ago to Sam Tatarka that calls on Tatarka to resign his position with the Zionist Council of Victoria (i.e., Melbourne, Australia):

It has come to my attention that you have recently resolved matters between yourself and Mr Bruce Cooke in relation to allegations concerning your behaviour inside the Ohel Devorah synagogue.

Apparently you have unreservedly apologised for your despicable behaviour (http://failedmessiah.typepad.com/failed_messiahcom/2012/10/chabad-child-sex-abuse-scandal-attack-on-victims-advocate-reportedly-settled-out-of-court-456.html).

On the assumption that the above report is factually correct, and as a person currently holding a senior leadership position within our community, I call on you to immediately tender your resignation as President of the Zionist Council of Victoria (ZCV) and relinquish any other leadership roles you currently hold. While your belated apology is welcome, your actions are not acceptable and make your current position(s) untenable.

Alternatively, you may wish to conclude your current role with the ZCV upon expiration and withdraw your nomination for the forthcoming elections.

I would also encourage you to make a public apology to the community, which you represent.

I urge you to rectify this situation as soon as practicable because any delay will bring further shame to our community. It will also bring the ZCV into disrepute, an organisation that undertakes important work on behalf of the Zionist community.

It is most regrettable that you have chosen to behave in this manner. Hopefully you will do the right thing by the community and resign.