Why Dr. Daniel Berman Belongs In Prison, Not In Medicine

The lone infectious disease shill for haredi rabbis makes the case for metzitzah b'peh – by lying. 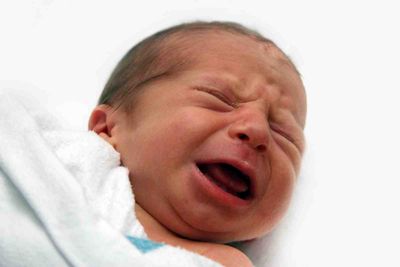 Here's how Berman explained the risk from MBP to a math-challenged public radio journalist:

Dr. Daniel Berman, the head of infectious diseases at Westchester Square Hospital, said babies can contract herpes from other sources, and the city hasn’t proved that the small number of cases in the ultra-Orthodox community are definitively connected to the metzitzah b’peh.

“The statistical significance is questionable,” Berman said. He noted the city’s finding that there were five ultra-Orthodox herpes cases in 20,000 circumcisions over six years isn’t a much higher rate than the 25 herpes cases the city identified among 350,000 male newborns in the same period. [emphasis added]

Lets do the math.

In medicine and in everyday life, a 3.4 times greater risk for something bad happening is very significant – especially when the risk can be easily eliminated.

Daniel Berman is liar, and his lies endanger babies.

Berman is also a da'at yahid, a lone voice among infectious disease specialists.

As such, under halakha, Jewish law, his claims should be disregarded by haredi rabbis, who are commanded to follow the opinion of the majority of top experts.

Instead, haredi rabbis trumpet Berman's lone claims and disregard the opinions of the majority of infectious disease experts who strongly disagree with Berman.

In doing so, haredi rabbis violate the halakha they claim to be upholding, and endanger the lives of babies, as well.

Why Dr. Daniel Berman Belongs In Prison, Not In Medicine

The lone infectious disease shill for haredi rabbis makes the case for metzitzah b'peh – by lying.