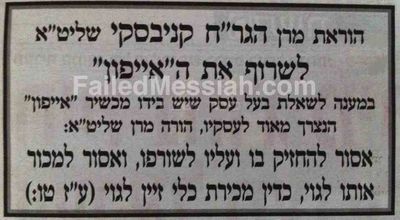 The sign posted above is now reportedly posted in synagogues in Bnei Brak where Kanievsky lives. It cites his ruling and tells readers to burn their iPhones.