Chabad Forced Off Campus Due To Underage Drinking

The Northwestern University Chabad House repeatedly served alcohol to underage students in violation of the university's policy and local law, and ignorned warnings from the university to cease and desist doing so. 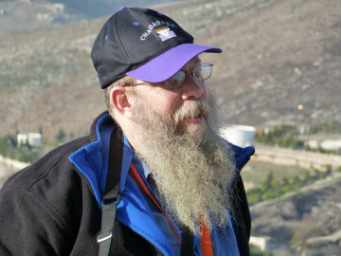 A growing rift between the Tannenbaum Chabad House and Northwestern was thrust into public view Tuesday after Rabbi Dov Hillel Klein sent an email to Jewish students saying that he was asked to resign earlier this summer.

In an email titled "Yom Kippur Reflection: A Very Personal Message," Klein announced that Wednesday would mark his last formal service on the NU campus.

Hours before Tuesday's Yom Kippur services began, Klein's email publicized the University’s decision to revoke Chabad House’s official status on campus. Klein wrote that Patricia Telles-Irvin, vice president of student affairs, met with him in July and told him to resign immediately or the University would cut ties with him and Chabad.

Telles-Irvin informed Klein that Chabad House had not been following "university policy on alcohol consumption," according to Klein's email.

Chabad filed a complaint in federal court against the University, stating Northwestern is discriminating against the Jewish faith by disaffiliating from Chabad, but not other campus organizations, according to Courthouse News Service.

Klein told The Daily he would not be discussing his email until after Yom Kippur, a day of atonement in Jewish culture.

Klein's roots in the NU community span nearly three decades. In his email, he recalled the "seven-year court battle" that brought Chabad to Evanston in the early 1980s.

Jewish students and members of the Chabad community said Klein's email caught them off guard.

“I couldn’t ask for a better campus rabbi,” said Evangeline Su (GWCAS '12), who has been active in Chabad since 2000.

Su said when she first came to campus, there were few kosher options available to students. Klein would take students shopping at kosher stores, she recalled, and was instrumental in bringing kosher meal options to Allison Dining Hall.

Su called Klein a source of counsel and comfort for students during times of tragedy. During a Yom Kippur service Tuesday evening, Su said Klein asked everyone to pray for the safe return of missing student Harsha Maddula, a McCormick sophomore who has not been seen since early Saturday morning.

“There’s no carding system,” Sosa said. “At a Shabbat dinner, there is alcohol.”

Many Jews honor Shabbat by reciting a blessing over wine that sanctifies the sabbath.

“He always said, ‘It’s more a celebration of life than a means to get drunk,’” Sosa said. “There was no intention of students getting dangerously drunk at all.”

Despite the University allegations described in his email, Klein concluded the message on a hopeful note.

“Rest assured, we are not going anywhere,” Klein wrote. “We are staying right nearby to serve you for another 27 years and beyond.”

The Israel trip mentioned in the article appears to be one of the 25 Birthright trips Northwestern Chabad has offered that were led by Klein.

Chabad Forced Off Campus Due To Underage Drinking

The Northwestern University Chabad House repeatedly served alcohol to underage students in violation of the university's policy and local law, and ignorned warnings from the university to cease and desist doing so.