The doctor relied on by most haredi rabbis involved in the controversy over metzitzah b'peh (MBP), the direct mouth-to-bloody-penis sucking done by many haredi mohels after removing the baby's foreskin and the membrane under it, misstates the medical evidence and lies (usually by omission) about the dangers of metzitzah b'peh (MBP). 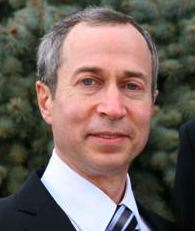 Berman did this without telling listeners that, on the orders of haredi rabbis, mohels and parents of infected babies refused to cooperate with the Department of Health and Mental Hygiene, making a DNA 'fingerprint' match almost impossible to get. But Berman disingenuously relies on that lack of DNA fingerprinting to say the transmission of disease through MBP has not been proved. He also mentions four cases where the CDC considers MBP to have been probably been done, and Berman says we don't even know if these are MBP cases. What Berman doesn't do is tell listeners that the cases are "probable" MBP cases rather than certain MBP cases because the parents would not tell investigators who the mohel was. The mothers, as is customary, were too far away from the brit itself to see what happened, and the fathers refused to answer the questions regarding MBP or gave evasive answers.

Berman tried to claim that the MBP babies with herpes got it from other sources. Related to that improbable claim, Berman tried to confuse listeners by noting that other babies got herpes without even being circumcised. Some of those other babies, Berman excitedly noted, are girls.

But Berman didn't tell listeners that those non-MBP cases overwhelmingly are accounted for by transmission from parents and caregivers – transmission largely ruled out in the MBP cases, as the CDC report itself clearly noted:

For the 11 cases described in this report, transmission from the mother or health-care workers was largely excluded, and the preponderance of evidence pointed to acquisition during orogenital suction. First, in the cluster of three cases associated with mohel A, the twins were born by cesarean delivery, and the mother of the other HSV-infected neonate was HSV seronegative. Second, neonatal HSV-1 infection in males is uncommon, with a median of three cases each year in New York City, making it improbable that a single mohel would be associated with more than one case of male HSV-1 neonatal herpes in 2 years by chance alone. Although mohel A had no evidence of shedding HSV when tested, oral HSV shedding is intermittent and difficult to detect without repeated sampling (7). Third, the timing of symptom onset in all cases was consistent with acquisition during circumcision. Fourth, the location of herpes lesions on the neonates’ genitals and related dermatomes is unusual and suggests infection was introduced at the genitals. Finally, all nine typed cases were HSV-1, which usually is transmitted orally.…

Berman did not mention any of that CDC detail last night.

Dr. Gary Gelbfish called in and noted that Berman is basically a lone voice, and that the majority of doctors oppose his view.

To try to counter that, Berman later said that he was in contact with the "State of Israel" (he said this twice, I believe) and cited a report issued by the Israeli Chief Rabbinate (which is haredi controlled) and Israel's Ministry of Health  (which is also haredi-controlled and is headed by a a haredi rabbi, Gur hasid Rabbi Yaakov Litzman, who is is notoriously corrupt). But when questioned by Brenner, Berman claimed not to know who heads Israel's Ministry of Health, which is simply absurd.

Earlier this month, Israel's association of pediatricians tried to have the government ban metzitzah b'peh, but Litzman blocked the move. The committee that issued the report Berman cited, which he said was made up of rabbis and doctors, is haredi controlled, and its results were shaped by the haredi-run chief rabbinate and Litzman, and by leading haredi rabbis. The opposing doctors, including the prediatricians mentioned above, make up the vast majority of doctors in Israel. But they were shut out of the process by Litzman and the Chief Rabbis.

Berman failed to mention any of that dissent, or that Israel's pediatricians are fighting to ban metzitzah b'peh, and that Litzman just blocked the pediatricians' most recent attempt to do so ten days ago.

After years of avoiding the issue, last night Berman finally admitted metzitzah b'peh was indicated as the source for many epidemics in the 19th century. But he says that he doesn't know if MBP was really the cause of them because he wasn't there and he doesn't really know how the data was gathered. He also says the diseases spread were syphilis and tuberculosis, questions how it could be that a mohel would have syphilis lesions in his mouth to begin with,  and says those two diseases are no longer a problem. But he doesn't tell listeners that the reported symptoms in several of these epidemics were consistent with herpes, not with syphilis and tuberculosis – even though this is something clearly noted by modern day physicians who have looked at the data.

In other words, Danny Berman lied blatantly and he lied often. He's a sick, dishonest, arrogant and deceitful man who is in part responsible for the deaths and injuries suffered by babies from MBP.

He belongs in a prison, not working in a hospital – and that is something the Westchester Square Hospital Medical Center where Berman is on staff, and the Montefiore Medical Center, where he sees some patients, will eventually have to answer for, hopefully sooner rather than later.

As for the rabbis, Zwiebel tried to follow the line set down by the rabbis he answers to without looking idiotic at the same time – a tough task, especially when discussing the medical science involved.

Goldin was, I thought, disgusting, remaining silent as Berman lied, never correcting him, and Goldin never, ever, spoke up in defense of the children put at risk by metzitzah b'peh.

Children die and are maimed because of the lies and the cowardice of these three men.

I hope their god makes that fact abundantly clear to each of them, both in this world and in the next.

First, here is a brief recording of Dr. Daniel Berman interrupting a class in a Modern Orthodox synagogue in 2005 and lying about MBP. Dr. Perl, who Berman interrupted, challenges Berman, who then concedes Perl's main point – that mohels refused to be tested so there couldn't be a DNA fingerprint match. But Berman repeated this and some of the other lies he told then last night. You can hear in the recordings posted below this one:

A Graphic Halakhic History of Metzitzah and Metzitzah B'Peh.

A Brief History of Infections Transmitted Through Metzitzah B'Peh.

The U.S. Centers for Disease Control Report on the Dangers of Metzitzah B'Peh.

The doctor relied on by most haredi rabbis involved in the controversy over metzitzah b'peh (MBP), the direct mouth-to-bloody-penis sucking done by many haredi mohels after removing the baby's foreskin and the membrane under it, misstates the medical evidence and lies (usually by omission) about the dangers of metzitzah b'peh (MBP).