A non-Orthodox Jewish woman living in South Williamsburg is repeatedly sexually harassed when out walking by Satmar hasidic men. 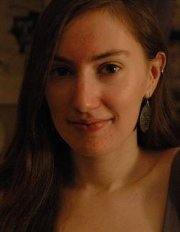 …He looked past my Star of David pendant straight down to my breasts. “They’re nice,” he said loudly.

“Excuse me?” I walked right up to him.

“THEY’RE NICE,” he shouted, pointing at my chest, as if the problem had merely been a failure to hear.

“Are you married?” I asked him. His face went bloodless. He scurried away like an animal who had been caught making a mess.

…When a middle-aged man whistled at me from the front door of a yeshiva, I marched up to him and said, “How many daughters do you have?” He didn’t answer, but he didn’t whistle again.

…There is one move I still haven’t been bold enough to try yet, though: walking up to a [Satmar hasid who has harassed me], calmly touching his shoulder, and then announcing that I am menstruating.…

[A] few [Satmar men who harassed me] have told me that I should be flattered by any attention from a man. I informed one of them that my Jewish boyfriend spoke to me in a much more respectful manner and treats me like a person instead of walking cleavage, but that didn’t seem to go anywhere.…

A non-Orthodox Jewish woman living in South Williamsburg is repeatedly sexually harassed when out walking by Satmar hasidic men.