Judie Oron knows the price of freedom. So does her daughter Wuditu: $111. That's the price Oron paid to free the 17-year-old Ethiopian Jew from a life of slavery and forced prostitution. 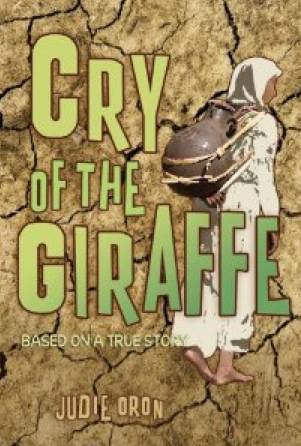 Judie Oron knows the price of freedom. So does her daughter Wuditu: $111.

Oron took Wuditu into her family (not her real name since Oron continues to protect her identity) and kept her story secret to shield her from publicity. But three years ago, Wuditu asked Oron to write about her journey from slavery to draw attention to the problem of child slavery in Ethiopia.

The result was the award-winning book for children and teenagers, Cry of the Giraffe (Annick Press Ltd)…

The story begins when Oron was working as a journalist at The Jerusalem Post…Oron was asked by an Israeli Embassy worker in Ethiopia to look after a young girl, Lewteh, who had been separated from her family. The child's father's health was failing and he asked Oron to raise the girl, which she did. The father had paid another man to go back to Ethiopia and search for another lost daughter. The man returned and said she was dead.

"Then one night I found her crying in her room, writing a letter to her allegedly dead sister and she said she didn't believe the man who said her sister was dead was really telling the truth. She said, 'I can still feel my sister breathing.'"

So Oron returned to Ethiopia and eventually found Wuditu [,who was being held as a slave], narrowly escaping a mob that had just discovered Wuditu was a Jew and was going to harm her.…

Wuditu was sent back to Ethiopia because the conditions in the Sudanese refugee camps were horrific, and the rescue promised Ethiopian Jews by the Israeli agents who had encouraged them to flee to Sudan was nonexistent. (It would eventually take heavy US involvement and lots of US pressure on the government of Yitzhak Shamir to make the airlift happen.) Her parents were sick and feared dying and abandoning their children in the fetid, dangerous refugee camps.

Wuditu made it back to Ethiopia where she was hired as an indentured servant and held as a slave for more than two years. She was also forced to work as a prostitute until  Oron found Wuditu and bought her freedom.

Posted at 09:48 AM in Antisemitism, Books, Ethiopian Jews | Permalink

Judie Oron knows the price of freedom. So does her daughter Wuditu: $111. That's the price Oron paid to free the 17-year-old Ethiopian Jew from a life of slavery and forced prostitution.