Report: Former Head Of The Beit Din Of America The Frontrunner For Chief Rabbi Of Britain Job

In what is being called a “surprise twist,” an American, Emory University law professor Rabbi Michael Broyde, is now the frontrunner to fill the soon-to-be-vacant position of Chief Rabbi of Great Britain. 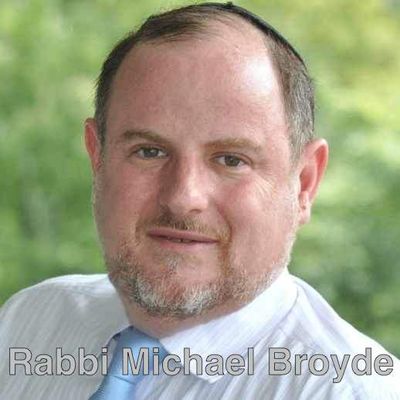 Report: Former Head Of The Beit Din Of America The Frontrunner For Chief Rabbi Of Britain Job
Shmarya Rosenberg • FailedMessiah.com

In what is being called a “surprise twist,” an American, Emory University law professor Rabbi Michael Broyde, is now the frontrunner to fill the soon-to-be-vacant position of Chief Rabbi of Great Britain, Miriam Shaviv reports for the Times of Israel.

The search committee charged with finding the replacement for the retiring Chief Rabbi Jonathan Sacks has reportedly had a “salary discussion” with Broyde, and “the committee is focusing much of its consideration on Rabbi Broyde and no one else,” a source close to the search process told the online paper, which is also reporting that Rabbi Norman Lamm, Yeshiva University’s chancellor, called Broyde “the finest mind of his generation” in a letter to the committee endorsing Broyde for the position.

Besides his work in academia, Broyde is a dayan (judge) on the Beth Din of America, and is the founding rabbi of the Young Israel synagogue of Atlanta.

Another candidate reportedly still in contention is Rabbi Meir Soloveichik, who is the director of the Straus Center for Torah and Western Thought at Yeshiva University and associate rabbi at Congregation Kehilath Jeshurun in Manhattan. He interviewed for Sack’s job last month and was reportedly “being actively wooed” by “members” of the search committee.

The source the Times of Israel relied on to report Broyde’s candidacy told the Times that several search committee members found Soloveichik to be “majestic.”

The source also claimed that members of the search committee agreed that Soloveichik, “who is known for his intellect and for his interest in representing Judaism to general society,” the Times notes, is the “logical heir” to Sacks.

Soloveichik is about a decade younger than Broyde and has much less real world experience. His grasp of Jewish law is far weaker than Broyde’s, and is his understanding of history and of the interface between halakha and secular society.

Broyde, however, is much more versed in issues that confront Orthodoxy today, including conversion to Judaism, women’s rights and roles, and in practical halakhic issues.

But the major issue facing the supposedly Modern Orthodox organization that hires the chief rabbi is it’s beit din, religious court, which for decades has been under the control of haredi judges who rule strictly. The beit din and those judges are widely despised by British Jews, many of whom are not Orthodox but who are, nonetheless, members of Modern Orthodox synagogues.

Soloveichik lacks the background and the experience to stand up to the haredi judges, and there is a very real fear that he will simply be forced to cede halakhic issues to them as Sacks did.

Broyde, on the other hand, has the experience and the knowledge to stand up to them if he so desires. He reportedly told the search committee that he wants to take control of the beit din, and will lead it in deciding hot button issues related to conversion and women’s rights.

He also reportedly will not take the job unless the United Synagogue’s board backs his plan to wrest control of its beit din from the haredim.

Some search committee members are reportedly worried that Broyde’s plan will destroy the United Synagogue by keeping its chief rabbi in an eternal battle with the haredi judges.

Broyde reportedly urged the search committee to hire Soloveichik. “This only makes them want [Broyde] more,” the source told the Times of Israel.

As well as Broyde and Soloveichik, there are two local candidates for chief rabbi, as well as one more American, Rabbi Jonathan Rosenblatt of the Riverdale Jewish Center in New York, who is scheduled to interview at the end of the month.

Sacks retires in September 2013. His successor is scheduled to be announced before the end of this year.

Report: Former Head Of The Beit Din Of America The Frontrunner For Chief Rabbi Of Britain Job

In what is being called a “surprise twist,” an American, Emory University law professor Rabbi Michael Broyde, is now the frontrunner to fill the soon-to-be-vacant position of Chief Rabbi of Great Britain.