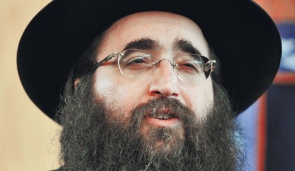 I hope that the FBI, which is reportedly investigating similar alleged crimes involving Pinto's American organization, is paying attention to this.

…The [Government of Israel's Registrar of Associations] is seeking new regulatory powers in response to the massive fraud discovered earlier this year at the Hazon Yeshaya charity, headed by Rabbi Yoshiyahu Pinto. In April, 10 employees of the charity, including its director and founder, were arrested on suspicion of perpetrating a multimillion-dollar fraud. Specifically, the charity allegedly sold food for cash instead of distributing it to needy Holocaust survivors as it told both its donors and the registrar it was doing.

The subsequent police investigation found that about two-thirds of the organization's income stemmed from selling food to other organizations, with no supervision, though such activity wasn't authorized by the organization's bylaws. The millions of shekels it thereby earned from other Israeli organizations were then listed in its financial statements as donations from abroad to hide the fact that it was selling food.

Altogether, Hazon Yeshaya had a turnover of more than NIS 40 million a year, including grants of NIS 2 million from the government and NIS 250,000 from the Jerusalem municipality.…

Meanwhile, the registrar, who is worried by what he sees as a large uptic in money laundering by nonprofits, rarely uses the the power it has to strip those nonprofits of its seal of approval. Ha'aretz cites one such case, that of Chabad's central Israeli organization. The government had Chabad cold on money laundering and related crimes. But, probably because of Chabad's political power, the government did next to nothing about it.

Also in 2007, police launched an investigation into the Chabad youth organization. After receiving the findings of this probe, the registrar demanded that the organization correct numerous problems and prepared a recovery program for it. Nevertheless, it did not withhold the organization's good governance certificate.