« Haredi Rabbis Allegedly Hid Evidence Of Child Rapes, Granted Haredi Rapist Access To His Children | Main | Haredi Male Employment Up By 28% – Or Is It? » 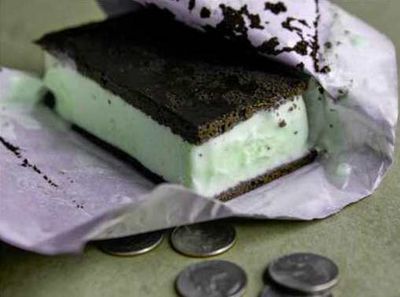 Joseph Isaacoff, 25, and Binyamin Yitzchakov, 21, were arrested and charged with petty larceny after they allegedly jumped into a kosher ice cream truck owned by a rival, Levy Haboshav, 34, yelled at him and stole his iPod.

All three men live in Brooklyn but sell kosher ice cream to campers at haredi camps in the Catskills.

The incident reportedly took place Sunday, July 15, but the arrests were not made until August 2 when Isaacoff and Yitzchakov voluntarily surrendered.

Haboshav has security cameras inside and outside the truck and the incident was recorded.

“They are competing for business at all the [haredi] camps,” Sheriff's Sgt. Ed Clouse told the paper. “[All three men] are still out there working. We get calls once or twice a week that one has looked at the other one funny,” Clouse said.

Isaacoff and Yitzchakov reportedly each face a misdemeanor charge.