Is It Permissible To Cut The Social Safety Net Because, As Paul Ryan Claims, We “Can’t Afford” It Anymore?

Among the arguments made by Republican Vice Presidential Candidate Paul Ryan to support his plan to cut the social safety net for America’s poor and working poor is that America just can’t afford these social programs anymore. They cost too much. Does Jewish law support Ryan? 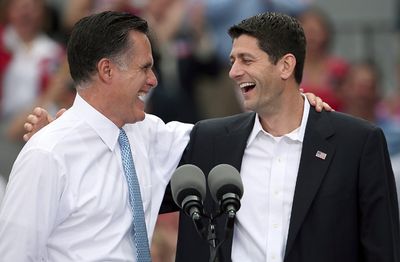 Among the arguments made by Republican Vice Presidential Candidate Paul Ryan to support his plan to cut the social safety net for America’s poor and working poor is that America just can’t afford these social programs anymore. They cost too much.

Even so, Ryan has no problem advocating the gutting of that social safety net during a severe recession, a form of circular reasoning that is truly mind-boggling – especially when you realize he advocates cutting taxes for the wealthy and upper middle class at the same time.

How does halakha view this issue?

To answer that question, we first have to understand that while giving tzedaka (loosely translated as “charity”) always had an individual voluntary  component, for much of Jewish history, tzedaka was collected by Jewish community administrators as if it were a form of taxation.

But when Jewish communities lost their autonomous bailiff powers (circa 1700 CE) and could no longer imprison criminals or corporally punish them, giving tzedaka took on more of a voluntary nature.

Even so, the halakhic essence of tzedaka is much closer to a tax (ma’aser oni) everyone must pay than it is to a choice to give or to not give that is made by a donor depending purely on his or her own whims.

So one of the questions we’re really asking is whether halakha would support reducing the amount of money the rich and well-to-do pay in taxes and have those tax cuts partially paid for by cutting support the poor.

Would halakha support that? The answer, of course, is no, it would not.

What if there were no tax cuts in the mix and the issue was simply that too many people need help and we just can’t keep helping them forever, so we’ll cut the programs now? Would halakha support that?

No, it would not.

Before cutting the social safety net for the poor, halakha would raise the amount of taxes the wealthy and well-to-do pay to the maximum allowed, and it would mandate cuts in other areas before allowing any cuts to the poor.

Indeed, the Torah (Five Books of Moses) states this clearly: “…You shall not harden your heart or shut your hand against your poor brother” –– Devarim (Deuteronomy) 15:7.

The practical application of this in the Land of Israel when it was an agrarian economy is found in the Mishna – largely in Peah.

(Peah does not have an extant Gemara in the Babylonian Talmud, and it is not regularly or carefully studied by most sectors of Orthodox-haredi Judaism. But it is still considered to be valid and it forms the basis for the halakhot, laws, of tzedaka as practiced today.)

A standard overall (significant) amount from each crop based is left for or designated for the poor. Each individual poor person was given (or allowed to take, as the case may have been) a certain standard minimum amount (or more) from each crop – x amount of barley, x amount of wheat, etc.

What happened if a landowner didn’t have enough to meet this minimum amount for every poor person?

Was he then exempt for giving to the poor at all?

No. He still gave the standard amount he otherwise would have given and allowed the poor to divide that equitably among themselves.

Cities, towns and villages also had MANDATORY soup kitchens to feed the poor paid for by tax-tzedaka money. Each of these localities was also MANDATED to have a welfare fund that gave the poor money. Money was disbursed daily to poor people who had come from outside the community, and to community residents every Friday. These welfare funds were MANDATED to give to each visiting poor person the cost of one day’s meals, and to each resident poor person the cost of one week’s meals. The traveling poor and the homeless were by law given money sufficient to pay for their lodgings. Each non-poor person was MANDATED to contribute to these funds, and if the funds ran low, extra collections were done by their community-appointed administrators.

Tzedaka – what we now translate as charity – was not voluntary: it was a tax (or, more properly, a series of taxes).

The obligation of a locality’s government or administration to support the poor was absolute.

It was not something people did if they felt like it or if they had some surplus money or food lying around. It was not an optional extra. There was a pact of social responsibility that was MANDATED by law and supported by TAXES.

None of what halakha requires sounds anything like what Paul Ryan and Mitt Romney advocate.

That’s because their policies – and the policies of the Tea Party, and of Rush Limbaugh, and of many Fox News pundits – with regard to the social safety net are in OPPOSITION to the Jewish view of tzedaka and halakha’s requirements for bringing that view to practical fruition.

Posted at 11:42 AM in Halakha, Poverty & Homelessness | Permalink

Is It Permissible To Cut The Social Safety Net Because, As Paul Ryan Claims, We “Can’t Afford” It Anymore?

Among the arguments made by Republican Vice Presidential Candidate Paul Ryan to support his plan to cut the social safety net for America’s poor and working poor is that America just can’t afford these social programs anymore. They cost too much. Does Jewish law support Ryan?