Is Female Genital Mutilation A Valid Reason For Gaining Refugee Status In Israel? 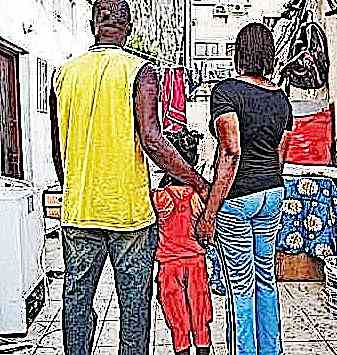 Ha'aretz has an extensive report on the case that contains these statistics:

…Reports from UNHCR and UN International Children's Emergency Fund (UNICEF ) state that the Ivory Coast has one of the highest national rates of female genital mutilation in West Africa. Nearly 40% of the country's women have undergone some form of female genital mutilation, mostly what is referred to as Type II mutilation which involves removal of the clitoris and inner labia. The prevalence of such acts is extremely high in the country's northern region, 87.8% of women; northwest, 87.9%; and west, 73.3%.

The UN agencies say there is a strong social consensus around these mutilations. The main reasons given to justify such practices in the Ivory Coast are that it tests the courage and endurance of the young girls; it guarantees the wife's faithfulness; it is a ritual of purification and social integration - preparation to life as a housewife; and finally, it is a religious requirement.

Female genital mutilation is practiced among most ethnic and religious groups and within all layers of society in the Ivory Coast, but prevalence is greater among certain ethnic groups and tribes; among the Muslim population; in rural areas; and among women and girls who have not had access to education. Young girls and even babies are increasingly affected by such practices, and the phenomenon is taking on more of an urban character, reports the UN.…

Israel claims the girl's mother did not cite fear of her daughter's mutilation when she first applied for asylum.

The woman says she was not yet pregnant, so she did not mention genital mutilation on her application, instead relying on the civil war and human rights violations in the Ivory Coast as the basis for her original application.

The Israeli government granted all refugees from the Ivory Coast temporary asylum because an international treaty on refugees Israeli signed required it. But that blanket asylum was recently lifted with the permission of an Israeli court because the situation in the Ivory Coast has – at least according to some – stabilized enough to do so.

When that blanket asylum was lifted, two separate Israeli court decisions required the government to review each individual application for asylum presented by people from the Ivory Coast, but there are allegations that the government has failed to do this.

In this case, the government rejected the family's first application in 2008, and now claims that because that application did not mention genital mutilation as a reason for needing asylum, th efamily does not deserve to have it now.

The family has just petitioned a Tel Aviv court in an attempt to stay deportation. The court has not yet heard the case.

All things being equal, should a woman or a girl facing forced genital mutilation be granted asylum in Israel?

Or is the permanent destruction of sexual pleasure not reason enough to grant it?

Posted at 08:35 AM in Israel, Refugees | Permalink

Is Female Genital Mutilation A Valid Reason For Gaining Refugee Status In Israel?