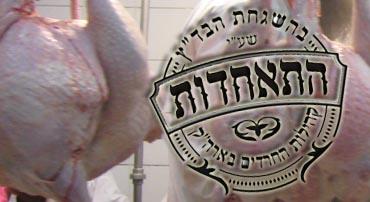 According to a report in Yeshiva World, the umbrella supervision shut down due to “marketing issues” and “politics” related to various demands for following stringencies endorsed by some of the hasidic groups involved in the supervision but not followed or endorsed by others which reportedly caused distribution problems for Hisachdus products and higher prices.

One of the key reasons for launching Hisachdus had been to reduce and stabilize prices.

Hisachdus was meant to replace the poultry slaughters supervised by Badatz Agudas Yisrael and Belz, along with uniting other hasidic slaughter operations. It was hoped this would reduce the cost of mehadrin supervision and lower prices.

Another new haredi mehadrin / glatt supervision, Kehillos, was launched at about the same time. It did not face the “marketing issues” and internal “politics” Hisachdus did, and Belz (and other, smaller hasidic groups) has shifted its supervisions to the Kehillos umbrella, causing Hisachdus – which essentially was only representing Agudat Yisrael (a primarily Gerrer hasidic supervision) – to shut down.