"Not a meeting to address the employees, thank you, nothing. They just, you know, leave. You're done. No [WARN] Act notice, which in [1988's WARN] Act states that we have to have 60 days notice.” 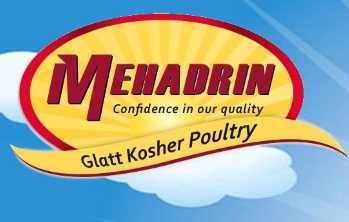 I was told that Empire would shut down MVP’s sole plant in Pennsylvania and would produce the Mehadrin brand in Empire’s state-of-the-art facility. All the workers at MVP’s plant would be laid off, the source told me.

Earlier this month MVP shuttered its plant. It left behind a $484,000 bill from Exeter Township for sewage treatment and 388 employees who were suddenly unemployed without warning.

"Not a meeting to address the employees, thank you, nothing. They just, you know, leave. You're done," Monica Williams told WFMZ TV News. "No Warren Act [sic] notice, which in 1989's Warren Act states that we have to have 60 days notice,” she said, referring to the Worker Adjustment and Retraining Notification Act commonly known as WARN.

"They didn't tell us ahead. It was just a day before, and it's very hard for everybody to find a job right now," Mavella Villasnor told WFMZ.

Some of MVP’s former workers protested yesterday outside the shuttered plant. All told WFMZ that they did not know the plant was closing until they got what turned out to be their last paycheck.

"Like myself, many of these people, their whole families work here. For me, it's not just me, my husband was here, too. We're both wiped out," Williams said.

Companies sometimes purchase brand names without purchasing the manufacturing facilities, warehouses, equipment or debt of a company. This is what a Long Island businessman did in January 2011 when he purchased Mehadrin and its plant and Vineland Kosher Poultry's brand but not its plant.

That businessman had no previous experience in the kosher meat business, which may account for what happened to MVP earlier this month.

It is unclear whether Empire purchased MVP's brands, or even if it purchased any part of MVP at all.

While acknowledging that MVP had indeed closed its plant and stopped production, a spokesperson for Empire Kosher Poultry did not confirm or deny the rumored purchase of MVP by Empire.

"The company does not comment on rumors,” he told FailedMessiah.com Tuesday evening.

Posted at 01:00 AM in Haredim, Kosher Business?, Kosher Scandal | Permalink

"Not a meeting to address the employees, thank you, nothing. They just, you know, leave. You're done. No [WARN] Act notice, which in [1988's WARN] Act states that we have to have 60 days notice.”