« Video: The Black Jews Of Nigeria | Main | Exclusive: The Chabad Chief Rabbi And The Prostitute? »

Chabadniks Plead Guilty In Mortgage Fraud, Face Up To 30 Years In Prison 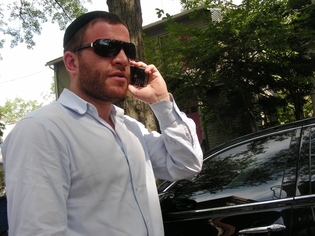 Levitin, a 27-year-old licensed real estate agent who lives in New Haven, Connecticut, defrauded mortgage lenders and financial institutions by getting more than $10 million in fraudulent mortgages used for the purchase of more than 40 properties in New Haven.

Sellers of properties recruited by Levitin accepted less for the sale of their property than the stated contract price. That lower sale price was not disclosed to lenders.

In most of these transactions, buyers made no deposits or down payments. Instead, Levitin and his co-conspirators made the deposits and down payments from the stolen mortgage money. The borrowers were usually given several thousand dollars by Levitin and his friends at or immediately after the closing, but this was also not disclosed to lenders.

Many of the buyers of properties purchased as part of Levitin’s conspiracy defaulted on those loans, and the properties went into foreclosure, leaving a string of vacant, derelict properties across the city and causing lenders to lose  $7 million.

The plea caused Levitin to forfeit his ownership interest in 19 properties in New Haven and approximately $160,000 in cash.

Levitin’s sentencing is scheduled for September 26, 2012. He could receive a sentence of 30 years in federal prison and a $20 million fine.

Levitin is a son of Chabad shluchim.

On July 11, Jeffrey Weisman pleaded guilty to one count of conspiracy to commit mail fraud, wire fraud and bank fraud as part of the same conspiracy with Levitin, the New Haven Register also reported.

The 43-year-old New Haven attorney acting as a closing attorney in about 35 separate instances connected to 26 properties.

Weisman, who is a Chabad ba’al teshuva (a person who became haredi as an adult), is scheduled to be sentenced on Oct. 2.

Like Levitin, he could be sentenced to as much as 30 years in federal prison plus $20 million in fines.

As part of his plea agreement, Weisman agreed to pay at least $4 million in restitution.

Posted at 03:11 AM in Chabad, Crime, Litigation, etc., Haredim | Permalink

Chabadniks Plead Guilty In Mortgage Fraud, Face Up To 30 Years In Prison