« Woman, Baby Stoned By Haredim In Beit Shemesh | Main | Ethiopian Jew Allegedly Beaten And Electric Shocked By Israeli Cop Who Told Him To Go Back To Africa »

Health Alert Regarding Fasting And Heat

Halakha may forbid you from fasting – and you might not even know it. 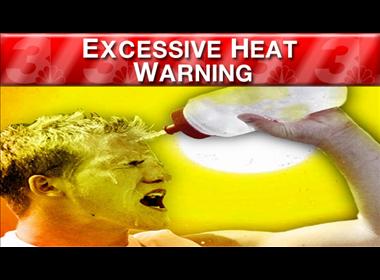 Today is one of several annual minor fasts that commemorate incidents that eventually led to the destruction of the First Temple (a.k.a., Solomon’s Temple, the Jerusalem Temple).

When the temperature surpasses 90º (and is nudging 100º, as it is in parts of the US), are you required to fast?

More importantly, should you fast?

For many of you, the answer is that you are not required to fast and you shouldn’t try to.

In fact, you are breaking halakha if you do fast.

• These minor fasts are rabbinic, not biblical, d’rabbanan, not d’orita.

• Some haredi yeshiva communities used to exempt yeshiva students from these fasts, because fasting reduces the student’s ability to learn. That practice has faded during the past few decades, but it is discussed in halakha and still followed by some. This is a tangible way of seeing that fasting is not the be all and end all of these special days commemorating the eventual destruction of the Temple.

•  Even if the fast is d’orita, a fast of biblical origin, threats to life and health push it off. So an ill person generally eats and drinks on Yom Kippur. So do younger children. That’s because anyone to whom fasting presents a physical danger is prohibited from fasting (except in very narrow circumstances).

So? What danger could there possibly be from fasting in near-100º heat?

• Dehydration, which can easily take place even if the person is not active and remains indoors. Dehydration taxes the body in many different ways, including but not limited to cardiac function. Dehydration and resulting electrolyte imbalances can cause cardiac arrhythmias which themselves can cause heart attacks and sudden death. The young, the old, the healthy and the infirm all face this risk. Even seemingly robust 30-year-olds do.

• Not taking prescribed medicines – especially beta blockers and other cardiac-related medicines – risks cardiac malfunction. Those risks are magnified by the extreme heat.

• Bowel issues. People prone to bowel obstructions or impactions are at elevated risk during any fast (which is why many adults who have experienced one of these problems no longer fast – even short, winter fasts). That level of risk is dramatically elevated in extreme heat.

According to the Mayo Clinic, dehydration can cause:

• Swelling of the brain (cerebral edema). Sometimes, when you're getting fluids again after being dehydrated, the body tries to pull too much water back into your cells. This can cause some cells to swell and rupture. The consequences are especially grave when brain cells are affected.

• Seizures. Electrolytes — such as potassium and sodium — help carry electrical signals from cell to cell. If your electrolytes are out of balance, the normal electrical messages can become mixed up, which can lead to involuntary muscle contractions and sometimes to a loss of consciousness.

• Low blood volume shock (hypovolemic shock). This is one of the most serious, and sometimes life-threatening, complications of dehydration. It occurs when low blood volume causes a drop in blood pressure and a drop in the amount of oxygen in your body.

• Kidney failure. This potentially life-threatening problem occurs when your kidneys are no longer able to remove excess fluids and waste from your blood.

• Coma and death. When not treated promptly and appropriately, severe dehydration can be fatal.

Most people can handle an occasional sunup to sundown fast if the weather isn’t exceedingly hot. Some of them shouldn’t fast anyway, because a proper halakhic evaluation would forbid it.

In extreme heat, especially high heat that is part of a heat wave, meaning you have already had consecutive days of extreme heat or even one preceding day of extreme heat, the number of people who should not fast rises dramatically. This is true even if yesterday was very hot but today is not, because it takes your body time to recover, and fasting impedes that recovery and exaggerates the damage done by the previous day's heat. Quite frankly, if rabbis were properly doing their jobs, today’s fast – which is already pushed off one day because its actual date fell on Shabbat, and we don't observe minor fast days on Shabbat – would have been cancelled.

Posted at 10:53 AM in Halakha, Med-Ethics, Public Health | Permalink

Health Alert Regarding Fasting And Heat

Halakha may forbid you from fasting – and you might not even know it.