« The Other Side Of The Hebrew National Scandal And Lawsuit | Main | NY Times Condemns Cuomo's Inaction On Child Sex Abuse, Pushes For Pasage Of Markey Bill »

The Allegations Against Hebrew National

The Hebrew National Scandal Part #3: Here are the kosher violations allegedly made by AER Services, Inc. and Triangle-K kosher supervision as listed in the class action lawsuit against ConAgra/Hebrew National. 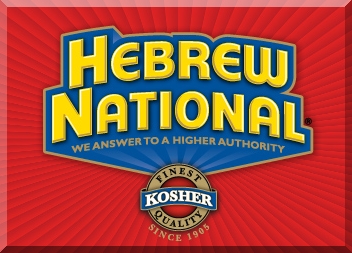 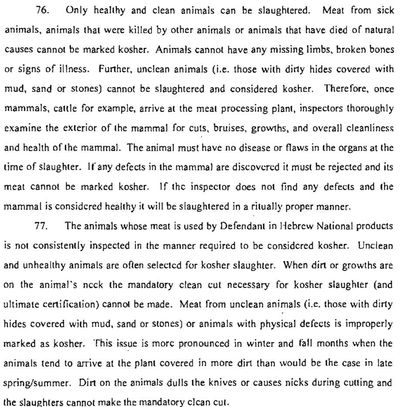 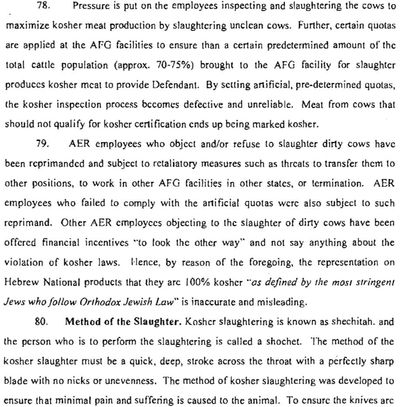 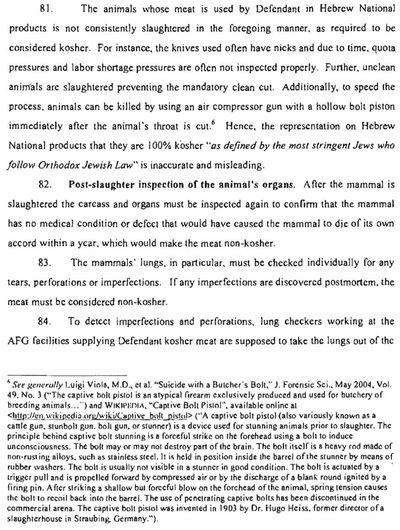 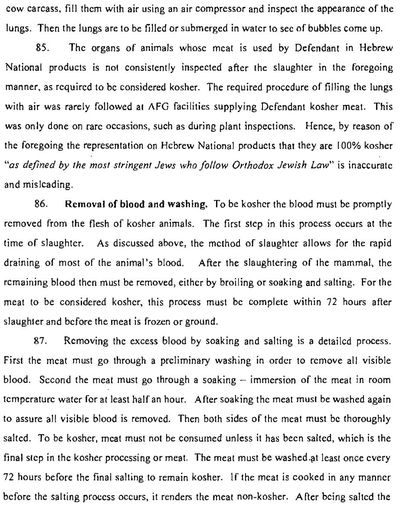 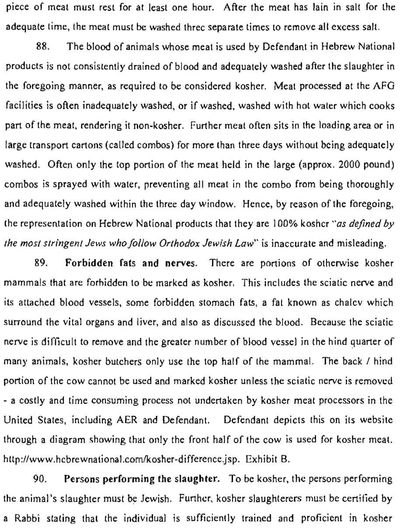 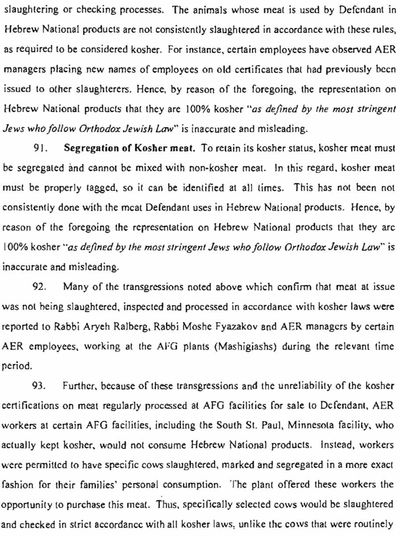 The issue with the allegedly nicked knives is one that particularly irked Shlomosh Ben-David, AER's president. He told me that there is a dedicated schochet who does nothing but make and check knives, and he couldn't understand how the allegations in the lawsuit could have been made.

It's important to note that at this point, all of those allegation have come from anonymous sources (or one anonymous source), and no documentary evidence has been provided.

Contrast this to Agriprocessors, where we had video evidence, USDA evidence, EPA evidence, evidence from animal welfare activists and large animal biologists and veteranarians, whistleblowing employees and former employees, evidence from ICE and the DOJ, and from others.

On top of that, some of the claims for what kosher slaughter is supposed to made by the lawsuit are exaggerated or false. as is its conception of who is and who is not "stringent" in following kosher law – law that is not nearly as black and white as the lawsuit claims.

That said, the allegations are disturbing, despite that fact that AER's Shlomoh Ben-David denied all of them when I spoke with him Thurday afternoon and again on Friday.

Here is the entire class action lawsuit against ConAgra doing business as Hebrew National as a PDF file:

The Allegations Against Hebrew National

The Hebrew National Scandal Part #3: Here are the kosher violations allegedly made by AER Services, Inc. and Triangle-K kosher supervision as listed in the class action lawsuit against ConAgra/Hebrew National.