« More Dwek Hits The Fan | Main | Travesty: Haredi Driver Who Texted While Driving And Killed A Man Gets Off With No Prison Time » 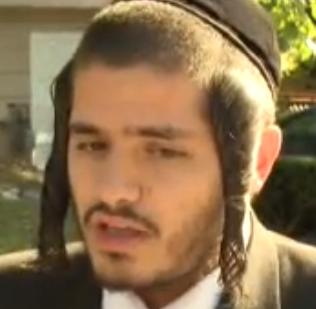 How callous and uncaring are New York State Republican leaders?

Because this morning, they made this announcement:

During the last seven years, Mr. Gestetner has been a resilient voice for Conservative values and Republican ideals. Published and broadcast in a wide spectrum of Jewish media outlets, Yossi has illustrated his broad understanding and deep connection to members of the Jewish Community. For years, Yossi has worked with leaders and activists on a host of issues important to the Jewish Community and beyond.

The New York GOP looks forward to working closely with Yossi in creating a stronger New York for all.

Yossi Gestetner is a dishonest PR flack who mistranslated Skvere documents for News 12 to cover for Skvere leadership and who falsely told media that he was a journalist.

Gesterner infamously defended the argument that arsonist and attempted murderer Shaul Spitzer did really want to burn anything building or any person, let alone the Rottenberg family home with the entire Rottenberg family alseep inside it. He was just a young 18-year-old lad out for a 4 a.m. Lag Ba'omer romp, looking for a safe place to start a new bonfire perhaps, when the 'accident' at Aron Rottenberg's house happened.

Gestetner also defended posters depicting an alleged victim of rape and pedophilia as a missile about to strike and destroy the haredi community of Williamsburg, Brooklyn; defended more than 1000 hasidim who came to a fundraisisng event to support the girl's alleged rapist, and sneeringly dismissed any obligation he or his community has to be as respectful to that alleged victim as they are to her alleged attacker – a hasidic rabbi and unlicensed therapist.

At that fundraiser for the alleged child rapist rabbi, Gestetner falsely told media that he was an "outreach specialist" – when he chose to identify himself at all.

Quite obviously, New York State Republicans don't find the harassment and intimidation of a child rape victim to be troubling enough behavior to disqualify Gestetner from becoming its "Director of Jewish Outreach."

Posted at 11:17 AM in Haredim, Pedophilia & Related Crimes | Permalink