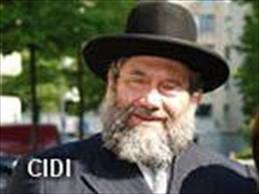 “To our regret and surprise, a week ago the community signed an agreement with the government [on shechita, kosher slaughter] without showing it [to us] in advance,” Rabbi Aryeh Ralbag wrote in a June 13 letter co-signed by two other dayanim, judges, of Amsterdam’s Orthodox rabbinical court, the JTA reported. Ralbag is the court’s Av Beit Din, chief rabbinic judge.

Ralbag objects to the deal because it allows scientists to have an impact on how shechita, Jewish ritual slaughter, is done. Among other issues, the agreement dictates the size of the slaughter knife, Ralbag claimed, and could eventually lead to a ban on shechita.

Presumably this future ban would happen because the agreement implies that scientists can accurately judge the pain shechita causes animals and admits such pain exists, leaving the door open for politicians to ban shechita on on those grounds in the future.

Even so, Ralbag’s letter is clear: The agreement, even with those problems, does not contradict halakha, Jewish law, he wrote.

Ron Eisenmann, president of the Amsterdam Orthodox Jewish community, which is a constituent organization of NIK, the Dutch Jewish umbrella group that signed the deal with the government, told JTA that Ralbag was told ahead of time about every halakhic issue in the agreement.

“Without his consent,” Eisenmann said, “there would have been no agreement.”

But Eisenmann also said that Ralbag was only told about those parts of the agreement. His opinion on non-halakhic matters was not sought.

In the letter, Ralbag and the other rabbis mention “a rabbi who, in our stead, went forth and said he favored the deal.”

That other rabbi is Chabad’s Rabbi Binyomin Jacobs, chief rabbi of the inter-Provincial Chief Rabbinate in Holland, who helped NIK broker the deal with the government using his “enormous network of contacts,” Eisenmann told the JTA.

However, Jacobs did not rule on kashrut and halachic issues connected to the deal, because this was Ralbag’s responsibility, Eisenmann claimed.

The major innovation in the agreement is the stunning with a captive bolt stun gun of animals immediately after the shechita cut has been made.

The same procedure is followed by slaughterhouses under Ralbag’s Triangle-K supervision in the U.S. Those slaughterhouses are owned by or contract with ConAgra, and the kosher meat they produce is used to make ConAgra’s Hebrew National brand products like mot dogs and salami.

Some of these plants may also supply Trader Joe’s, which sells kosher meat under Ralbag’s supervision, although is not yet clear.

A class action suit was filed in federal court earlier this month against ConAgra by consumers upset that ConAgra’s claim that Hebrew National meat is kosher according to the most stringent standards of Orthodoxy are false and misleading.

Ralbag’s recent statements condemning homosexuality, seen as being insensitive, so upset the Amsterdam Jewish community that they chose not to renew Ralbag’s contract.

Ralbag, who is based in Brooklyn, travelled to Holland on a monthly basis to fulfill his duties there.