Rabbi Shlomo Brody, a Harvard grad who is the online editor of the Modern Orthodox journal Tradition and a teacher at Yeshivat Hakotel in Jerusalem, lies about Jewish law's position on breaking Shabbat law in order to save the life of a gentile. 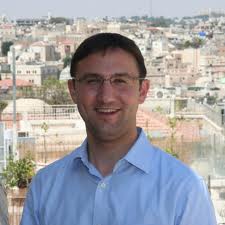 Writing in his Jerusalem Post Ask The Rabbi column, Shlomo Brody, editor of the leading Modern Orthodox journal Tradition and a teacher at Yeshivat HaKotel, flat out lies:

From the outset, let me state very clearly: Jewish law obligates Jews to save the lives of all humans, Jews and gentiles alike, even if it entails violating Shabbat. This is the universal conclusion of all contemporary decisors, despite confusing media reports of a recent public lecture by a senior Israeli scholar.

While this ruling is not disputed, scholars do disagree regarding the legal argumentation that leads to this consensus position.…

Rabbinic scholars dispute whether dispensations to prevent enmity may justify breaking a biblical prohibition or only a rabbinic edict. Be that as it may, Rabbi Moshe Sofer noted that the failure to save non-Jews would not only create enmity, but could also lead to gentiles refusing to treat Jews, or even to pogroms. As such, Jews must save the lives of all humans, even if it entails violating biblical prohibitions on Shabbat, because a lack of reciprocity endangers the Jewish community.

This remains true even when one might think that no one would notice one’s dodging life-saving responsibilities.…

Past that bit of desception from Brody, Zionist Orthodoxy has rabbis who rule that Shabbat law should not be broken to save the lives of non-Jews – unless letting the non-Jew die would become known to non-Jewish countries.

And there are other such Zionist Orthodox rabbis who say that as long as Jews are the majority in Israel, it doesn't matter who knows that we let non-Jews die that we could have saved. We let them die because God commanded us to.

There are haredi rabbis who rule similarly, athough very few hold the second opinion that having an incident like this exposed to non-Jewish countries doesn't matter.

Rabbis have tried for centuries to find ways to rule that every human life should be saved, Jewish or not, and that Sabbath law should be broken to save human life without distinction to the victim's religion or ethnicity.

The problem has always been that most of those rabbis did so for pragmatic reasons – to avoid the retribution, pogroms and expulsions that would come from takng Jewish law literally and allowing gentiles to die who could otherwise be saved, just because it happens to be Saturday.

A far smaller number sought to find their way around the literal halakha by doing things like ruling that halakha's intent only covered ancient pagans who were very antisemitic, not the non-Jews of "our" era. And then a minority of those went on to make the clearly false claim that the Torah and halakha values all life, Jewish and non-Jewish, equally.

And therefore we have rabbis – an alarming number of rabbis – who believe that if non-Jews won't find out about it, we should just let non-Jews die on the Sabbath rather than break Sabbath law to rescue them.

Shlomo Brody lied because he doesn't want you to know the truth – a truth that might cause some of you to leave Judaism or Orthodoxy.

Yes, the normative functional behavior of most Orthodox and haredi Jews is to violate Sabbath laws to save the life of a gentile.

But normative functional behavior is not the same thing as black letter halakha and theology.

And shame on Shlomo Brody for trying to trick you into believing it is.

Rabbi Shlomo Brody, a Harvard grad who is the online editor of the Modern Orthodox journal Tradition and a teacher at Yeshivat Hakotel in Jerusalem, lies about Jewish law's position on breaking Shabbat law in order to save the life of a gentile.