« Video: D.A. Ignores Witness Intimidation, Threats As He Stacks Advisory Panel With Cronies | Main | Internet By Proxy: Haredim Hire "Shabbos Goyim" To Use Internet 24/6 So Haredim Won't Have To »

They’re richer than you or I will ever be, and they didn’t get their money by inventing products, curing illness, or benefiting society. They got it by graft, by charging people for ‘blessings’ and by exploiting tax laws. Who are they? 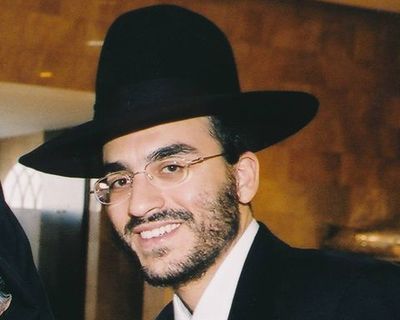 They’re richer than you or I will ever be, and they didn’t get their money by inventing products, curing illness, or benefiting society.

They got it by graft, by charging people for ‘blessings’ and by exploiting tax laws.

They’re Israel’s richest rabbis, and Forbes Israel has just released its list that really should be called a hall of shame.

1. Rabbi Pinhas Abuhatzeira. Israel’s richest rabbi is the Sefardi ‘kabbalist’ Rabbi Pinhas Abuhatzeira, the son of Rabbi Elazar Abuhatzeira and the great-grandson of the Babi Sali, the famous Moroccan Jewish ‘mystic’ and ‘kabbalist’ who died in 1984. He inherited his father Elazar’s ill-gotten gains after Elazar was murdered last year by a disgruntled follower, upset that a guaranteed blessing he paid thousands of dollars for didn’t work.

How much is Pinhas Abuhatzeira worth? $335 million.

2. Rabbi Pinchas Abuhatzeira's uncle, Rabbi David Hai Abuhatzeira, is another ‘kabbalist’ and ‘miracle worker’ who makes millions selling his blessings. How much is this grandson of the Baba Sali, who has much political influence in Israel, worth? $194 million.

3. The Gerrer Rebbe Rabbi Yaakov Arie Altar. When he’s not protecting pedophiles like Avrohom Mondrowitz and threatening to topple Israeli governments, the Gerrer Rebbe has amassed a fortune worth a cool $90 million.

6. Rabbi Yaakov Ifargen, the so-called “X-Ray Rabbi,” is a Sefardi ‘mystic’ and ‘seer.’ His blessings and advice, often given in return for large ‘donations’ from the gullible, have netted the the X-Ray Rabbi $23 million.

7. Rabbi Rabbi Yeshayahu Yosef Pinto. A close relative of the Abuhatzeiras and great-grandson of the Baba Sali, Pinto is known as a ‘kabbalist,’ ‘mystic’ and a business advisor to the stars. Linked to shady real estate deals, and tax irregularities in New York and Israel, the shifty rabbi, still in his 30s, is worth $19 million.

8. Baba Baruch Abuhatzeira. The son of the Baba Sali is worth $13 million for the same basic reasons the other Abuhatzeiras and Pinto have millions.

9. Rabbi Reuven Elbaz. He’s worth $10 million. How’d he get it? Public corruption.

10. Rabbi Yoram Abergil. $9 million. How did he get it? Like the Abuhatzeiras.

12. Rabbi Yekutiel Abuhatzeira. $6.5 million. How did he make his millions? Like his relatives.

Many of these rabbis have their wealth in nonprofit organizations. But each has absolute control over their nonprofits and each uses them for any purpose they choose, often as their personal checkbooks.

For example, Pinto allegedly buys custom made suits for his teenage son and high end collectible watches by the fistful using money donated to help the poor.

Many of these rabbis have extensive private real estate holdings and business investments, as well and some have paid millions of dollars in settlements to Israel’s Tax Authority, its version of the IRS, to settle tax fraud charges.

But the Israeli government is reluctant to press criminal charges against most of these rabbis because they control large voting blocs and, in the case of the Gerrer Rebbe, control a political party that has often had the ability to make or break government coalitions.

They’re richer than you or I will ever be, and they didn’t get their money by inventing products, curing illness, or benefiting society. They got it by graft, by charging people for ‘blessings’ and by exploiting tax laws. Who are they?