DA To Release Some – Not All – Mondrowitz Documents 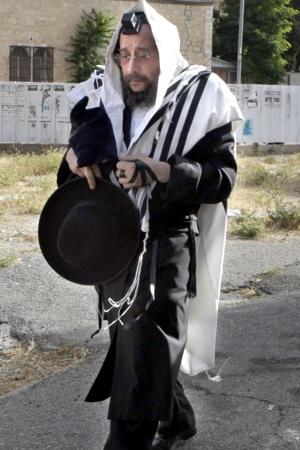 Ending a long fight, Brooklyn District Attorney Charles Hynes will release more than 100 pages of documents related to the case of Avrohom Mondrowitz, the American Orthodox rabbi alleged to have sexually abused dozens of children before fleeing, eventually to Israel, in 1984.

The release may help resolve contentions — rejected by Hynes — that he failed to aggressively pursue Mondrowitz’s extradition from Israel out of political considerations.

The documents detail nearly 20 years of the case’s history, and mainly include e-mail correspondence between the Brooklyn DA’s office and federal agencies regarding Mondrowitz’s extradition to the United States from Israel to stand trial. Victims’ advocates have criticized Hynes for failing to push hard for the extradition.…

According to the letter, 34 pages of documents are being withheld because they either name one of Mondrowitz’s victims or provide details that could reveal the victims’ identities. Another 254 pages of “intra-agency” documents are being withheld under FOIL exemptions. Robert Freeman, a FOIL expert, said that he recommends “intra-agency” exemptions to be appealed, which Lesher said he might consider once he reviews the material.…

The Forward's decision to publish almost uncritically on the DA's decision to release some of the Mondrowitz documents before Lesher or anyone outside the DA's office had seen the documents to be released is puzzling.

Doing what the Forward has done gives Hynes positive publicity he has not yet earned for an act that has not yet happened – and which may, when it does happen, turn out to be far from the positive step the DA portrays it as now.

The Forward's timing of the publication of its uncritical article – on the day of demonstration by child sex abuse victims and activists in front of Hynes' office – is also highly suspicious.

I don't really blame the reporter, Naomi Zeveloff for any of this, though.

These were editorial decisions made by editors – editors who appear to be currying favor with Hynes to get special access and information leaks Hynes gives to those who help whitewash his sins.

Those of who chose to wait for Hynes to deliver the documents before praising him won't get that access.

But they did the right thing, the ethical thing – the thing Forward editor Jane Eisner seemingly would never do.

DA To Release Some – Not All – Mondrowitz Documents