Guma Aguiar's mother petitions a Florida court for control of her son’s assets. Much of the multimillionaire’s personal wealth appears to have been dissipated before his disappearance. 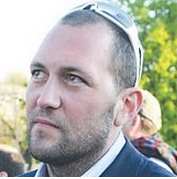 Coast Guard Suspends Search For Guma Aguiar
Mother petitions court for control of millionaire’s assets
Much of multimillionaire’s personal wealth appears to have been dissipated before his disappearance.
Shmarya Rosenberg • FailedMessiah.com

The 35-year-old Aguiar is a large donor to Orthodox, haredi, Chabad and Israeli causes.

Raised as a Christian in Brazil, Aguiar, who’s mother is Jewish, became a follower of Orthodox Judaism as an adult. He was a large backer of Eternal Jewish Family and Rabbi Leib Tropper until the two had a falling out over what Aguiar claimed was Tropper’s misappropriation of charity funds given by Aguiar.

Aguiar is thought to have taken his 31-foot fishing boat out sometime after 7:00 pm Tuesday. It returned to shore empty, lights on, motor still running, at 1:15 am Wednesday morning, Agiar’s wallet and cellphone on deck but the millionaire nowhere to be found.

Before Aguiar sailed, the National Weather Service issued a small-craft warning for high winds of up 15 to 20 knots, seas up to 5 feet, and thunderstorms.

Police believe Aguiar got in the boat alone, "but that's not to say he didn't meet up with anyone,” police reportedly said.

"There is an imminent danger that the property of the absentee is in danger of being wasted, misappropriated or lost unless immediate action is taken because the absentee has disappeared … and assets must be protected from waste and/or dissipation,"  petition states according to a Sun-Sentinel report.

Aguiar mother wants access to her son’s assets to support her daughter-in-law and grandchildren. She also wants the authority to respond to lawsuits, manage properties, pay mortgages, and pay employees’ salaries.

The petition states that Guma Aguiar "disappeared as the result of mental derangement or other mental cause" or "under circumstances indicating that he may have died, either naturally, accidentally or at the hands of another,” and claims that Aguiar suffers from "severe bipolar disorder."

Three years ago, Aguiar claimed Broward sheriff's deputies beat him and made antisemitic remarks during a traffic stop, something the sheriff’s department strongly denied.

Aguiar pleaded no contest to two misdemeanor drug charges relating to that incident, avoiding jail and probation as a result.

Aguiar was forcibly admitted to an Israeli psychiatric hospital in January 2010 after claiming he had visited captured Israeli soldier Gilad Shalit in Gaza.

Last July, Aguiar’s wife and his mother successfully petitioned a Miami-Dade judge to appoint an emergency guardian for Aguiar for 90 days.

Aguiar and his wife Jaime have three boys and one girl, ages 7-years-old to 10 months.

Court dockets indicate Aguiar pleaded no contest in February to charges the Sun-Sentinal says are “related to a domestic violence case” and is currently on probation.

He reportedly has a $50 million investment portfolio: $15 million in cash and $35 million in Israeli real estate, according to the petition filed by his mother.

On top of that, his home is worth $5 million, his car collection $1.1 million, and his 77 foot yacht (which is not the boat involved in his disappearance) $2.1 million, the petition claims.

Aguiar gave millions of dollars to haredi, Chabad and Israeli charities and sponsored a major Israeli soccer team. Sources close to Aguiar complained to FailedMessiah.com as far back as 2009 that rabbis and charity heads were taking advantage of Aguiar’s precarious mental state and his giving nature.

He fought with his uncle, Thomas Kaplan, over the fortune they built and over the administration of the family's foundation bearing the name of Kaplan's mother Lillian Kaplan, Aguiar's grandmother, and reportedly believed Kaplan was trying to kill him.

It appears that much of Aguiar’s once enormous personal wealth had been dissipated by the time of his disappearance.

Guma Aguiar's mother petitions a Florida court for control of her son’s assets. Much of the multimillionaire’s personal wealth appears to have been dissipated before his disappearance.